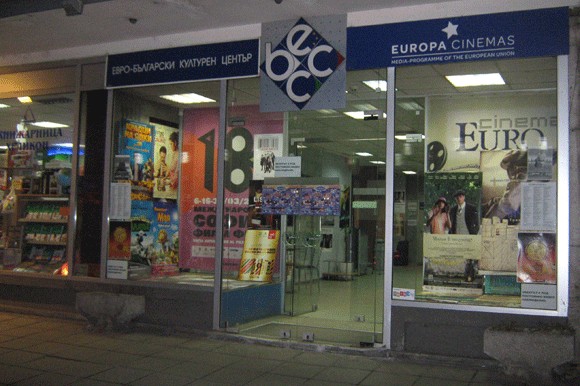 This month we speak with Ina Darova, manager of the Euro Cinema and the Cultural Centre G8. Euro Cinema was founded in 2001 as a single screen Art house cinema, and has now two halls and a cinema café. It has a strong identity in the capital’s cultural landscape and its programme focuses on Bulgarian and European film art. Opened in October 2014, the Cultural Centre G8 is a new challenge to the audience. As a private Art house cinema but also hosting various cultural events, it is equipped with three screening rooms, a hall, a café and a small cinema museum.

FNE: What is the biggest challenge of running cinemas such as yours?

Ina Darova: These are a few things related to the common challenges faced by art house cinemas in Europe and the current situation for surviving and development of such cinemas in Bulgaria. First of all the challenge is to keep our traditional audience and attract new audiences. Our efforts are to keep up the good level and the identity of the cinemas’ programming. We try to manage and provide numerous premiere and high quality films from all over the world through participation, and through hosting festivals, film clubs, film weeks and retrospectives.

In order to attract new and especially young audiences, we need a varied programme, often we need films which are neither bought nor released in the country. For example, in our regular program we have very few titles that are interesting and suitable for youths between 12 and 18 years old. This fact also corresponds to the lack of a common national programme of film education in schools.

Aside from the programming challenge there is the need to improve our communication and relationship with the audience on the web and social media, and to provide more and more interesting and attractive events: meetings, workshops, concerts, readings. But the biggest challenge for me and my team was the creation and opening of our new venue - G8 Cinema - only seven months ago without support or funding from local and national authorities. 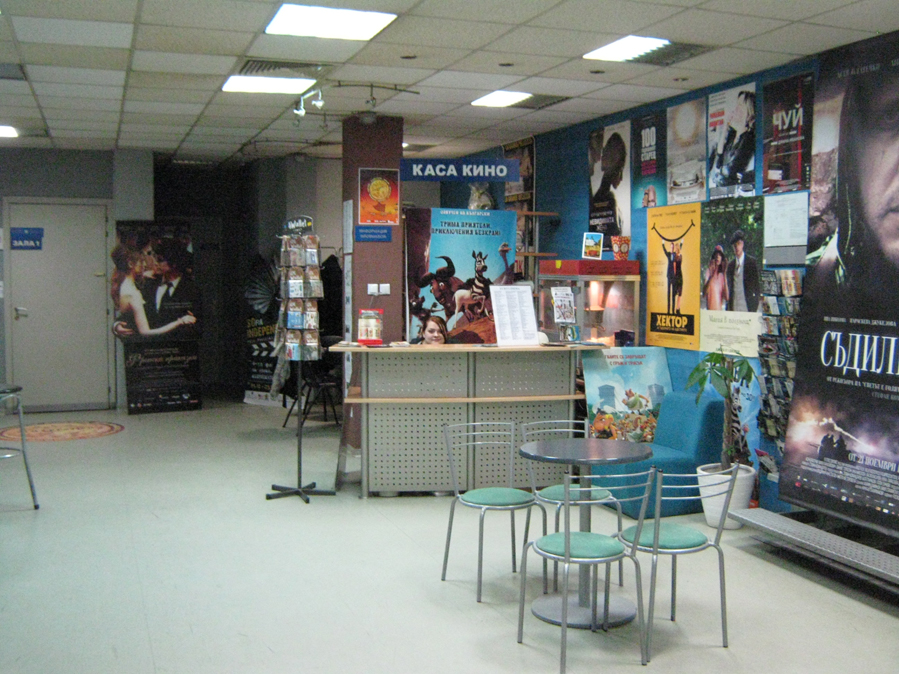 Contrary to the policies of many European countries where there is the maintenance and also a creation of new schemes of national support to their cinemas, in Bulgaria there is a continuing lack of such policies, excluding certain measures. With my 20 years of experience, we have now managed to create a place like G8, that is both modern and cosy, but also keeps the memories of the spirit of old cinemas.

I. D.: Our programming is made up of a diverse selection of quality new releases, classics, independent, experimental, animations, documentaries and short films. Even though approximately 60 % of our annual programming is European, we like to screen quality cinema from all over the world: we love to present the best of American independent cinema and also that of Africa, the Middle East and Latin America, which usually reach our audience thanks to the thematic and popular film festivals for which our cinemas are also hosts. We also try to meet the needs and interests of our audience and cinemagoers and organize film clubs and retrospectives mainly devoted to classic and contemporary films. 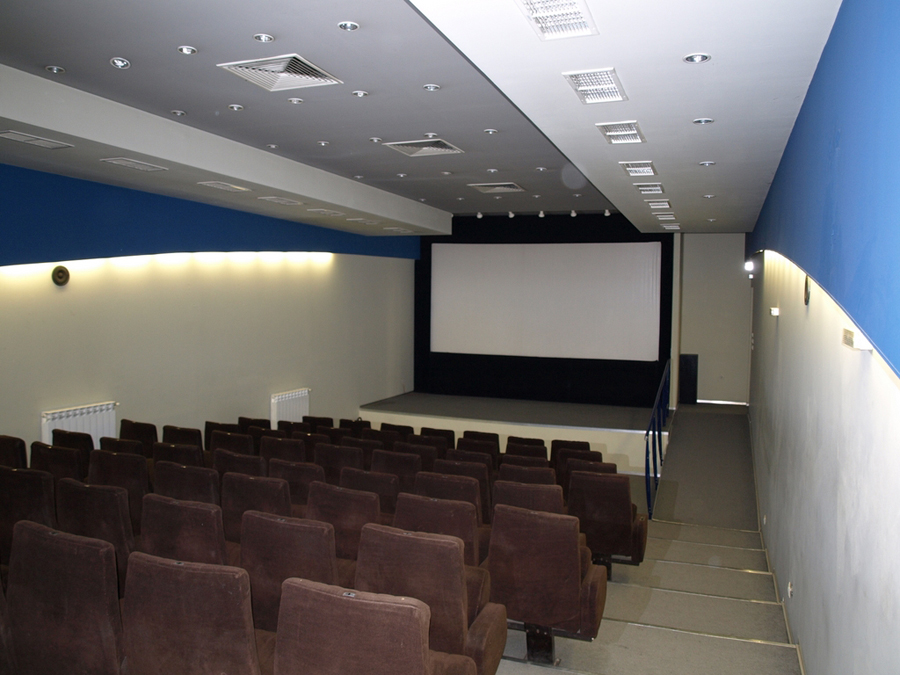 Our other passion is to screen documentaries, some of which are interesting independent projects produced by NGOs or artists. We also support the development of young artists by providing a stage on which they present their work. Our future project is to travel with our viewers back in time and to screen a cycle of silent films with live musical accompaniment.

I. D.: The festivals are very important for us because of the need to diversify our programming. The cinemas are among the traditional locations and hosts of many festivals due to our partnership with the main organizers of these festivals. These events very often provide a unique chance to screen many quality films from all over the world. Unfortunately even leading and awarded films only have a few festival screenings and do not attract enough distributors to get normal release in the country.

Recent examples are movies like Ida (Phoenix Film, Opus Film, Canal Plus) and The Grand Budapest Hotel. The festivals and other organized film clubs, weeks and events not only diversify our programme, but also attract, build and develop new audiences. We try to make people aware that they can find and see different and interesting titles in our cinemas.

FNE: What is role of Europa Cinemas for cinemas such as yours and why is it important?

I. D.: It is an honor for us to be part of the pan-European community through our membership in Europa Cinemas’ Network. The support of Europa Cinemas is present on different key levels. It is not only prestigious for the image of our cinemas to be part of the network, it is not just a financial support, it is also moral support. We had the chance to understand all that recently, when the future of Euro Cinema was threatened.

We have received strong support and commitment from Europa Cinemas and the local community. Furthermore Europa Cinemas is trying to help develop the work of cinemas by organizing a series of thematic seminars to exchange experience and solutions to our common problems and challenges. Last but not least, the financial support that we receive from the network is crucial for our survival as private and independent art house cinemas, especially considering the lack of a consistent national support and various costs and credits.

I. D.: We hope to provide our venues not only as leading art house cinemas, but also as places for special events, meetings, discussions and quality free time. We believe in the potential of films as a educational tool, and a medium for social life and community engagement. That is why our efforts are focused on providing diversity and quality programming suitable for different age groups and interests.

The key role of festivals and other cinematic events can be mentioned again here, as they strongly promote cultural diversity. Along with the participation of our cinemas in festivals, special initiatives aiming at young audiences, disabled people, ethnic minorities and other events are organized in collaboration with NGOs, local authorities, foreign cultural institutes and embassies. 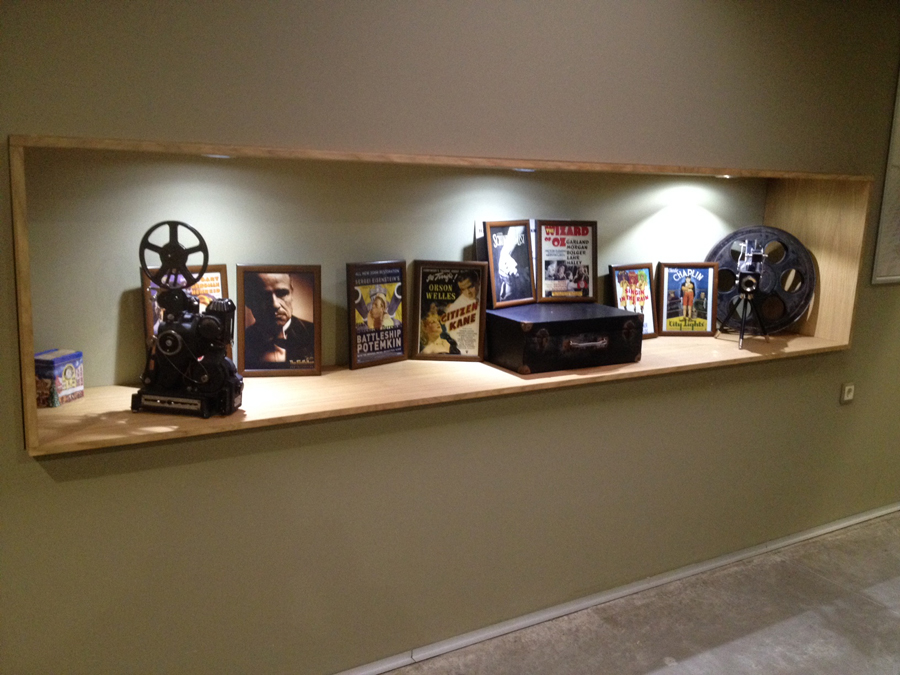 Furthermore, we always try to meet the needs of our audiences and to provide through film clubs / cycles those titles which they want to watch on the big screen. The attendance of Euro Cinema has increased almost twice in the last few years. Those figures motivate us to work hard to keep the appreciation of our audience and local community.

I. D.: Our policy towards young audiences is to promote film culture among adolescents through diverse selection of quality films. We offer special screenings and initiatives which are part of our regular program (weekend children program, monthly kids theater productions organized in collaboration with theater workshops) or of festival schedule. Young spectators are also welcome to these activities with special price policy.

We also try to attract new audience through our cinema museum (equipment, posters, etc.) which improve the knowledge of young filmgoers on how the film theatres in Bulgaria looked before the digitalisation era. Euro Cinema has a long partnership with high schools, kindergartens and universities. In cooperation with teachers we organize school screenings that aim at specific needs in the field of film and language education. 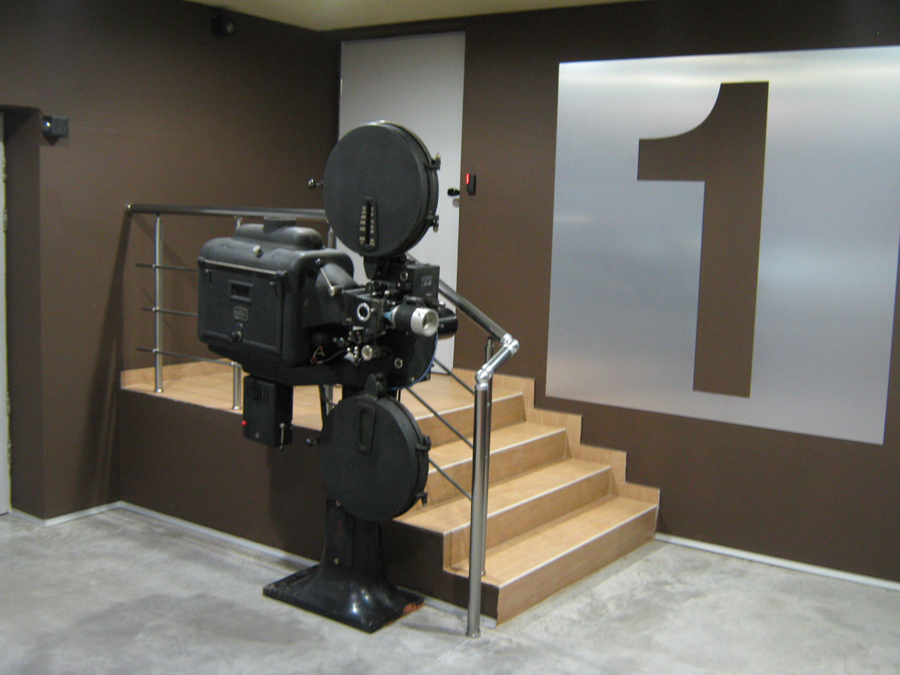 We also support the development of young artists and future projectionists by providing a stage to present their works and a place for training to improve their skills. Despite of these facts we still have many challenges as to find and provide the mentioned above diversity of suitable films for different ages and to create an educational programme or initiative in partnerships. Due to the lack of common national programme of film education, we hope to initiate projects with other local or national cinemas and institutions.

I. D.: In recent years it has become increasingly difficult or almost impossible for an art house cinema to keep the diversity of the film programming without digitalising. Only a very small part of titles is released on 35 mm now. Undoubtedly the digitalisation brings a lot of advantages, for example the diversity of programming, low costs for transport, facilitation of the work of projectionists, restoration and new life for the classics.

However, we prefer to screen on 35 mm whenever possible. We think that the picture quality and the feeling of screening on 35 mm projector are quite different.

Our first stage of digitalisation has finished in December 2013, when one of the screens of Euro Cinema was equipped, thanks to the support of Media Programme and also with our resources. The largest room of G8 Cinema was also digitalised without external support. Our challenge now is to find funding for digitalisation of the other two screens of G8.

Tweet
More in this category: « Europa Cinemas Arrives in Sofia FNE Europa Cinemas: Cinema of the Month: Kino Odeon, Sofia »
back to top