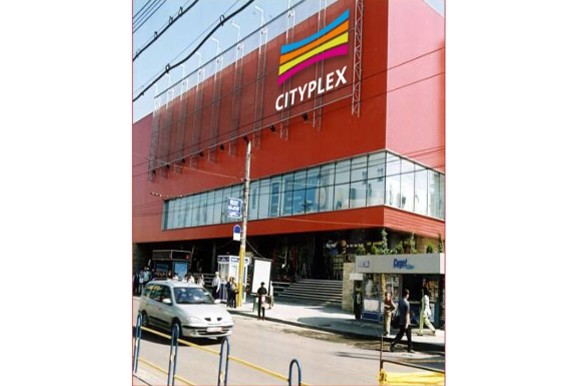 This month we speak with Adriana Papp, the manager of Cityplex Constanța, a four-screen multiplex with 651 seats within Tomis Mall in Constanța, a Romanian city located by the Black Sea. Digitalisation started in December 2010 and was finished in September 2012. Cityplex Constanța has been a member of Europa Cinemas since 2011.

Adriana Papp: Cityplex network opened its second cinema in Constanța in 2007. Constanța is the oldest established town in Romania (the old Tomis, from 657 b. C.) and together with the numerous resorts by the Black Sea has over 400,000 inhabitants. Although there were many cinemas and open air cinemas in Constanța in the 1990s, and people were queuing to get in, those cinemas closed over the next 15 years, so that around 2005 only one small cinema was left, which was a member of Europa Cinemas.

When Cityplex Constanța opened in Tomis Mall (a well-known commercial center located in the walking area of the city center) and it was designed and set up by one of the most talented Romanian art directors, Dragoș Buhagiar, it soon became a favourite spot for cinema lovers. Unfortunately these 15 years were a long time and young audience basically grew up without a modern cinema.

Thus our big challenge, which is not only to schedule screenings for younger audience and children and to promote them in universities, highschools, schools and kindergardens, but to help build a habit of cinema-going. We soon realized that this extraordinary tradition has been lost because cinemas were missing from Constanța for such a long time.

Having four screens and 651 seats we decided from the very beginning to have a diverse programme of both American, and domestic and European titles as well.

Although the audience has been very welcoming, it was very difficult especially in the first three years to find the balance between commercial cinema able to compensate the relatively high costs for a space in a commercial centre, and a cultural cinema eager to re-launch domestic films and to become a meeting point for European and Romanian filmmakers, as we wished from the very beginning.

Adriana Papp: Mini-network Cityplex was founded by two well-known and awarded Romanian filmmakers, Tudor Giurgiu and Ada Solomon, and it was set up especially from the necessity of having an art house cinema for the works of the young generation of filmmakers, but we realized quite soon that we couldn’t survive without a compromise.

As a consequence we programme commercial films, which bring a constant audience, as well as all European weekly premieres and also documentaries, experimental films, short films for students, Romanian classic films and independent productions.

Adriana Papp: Our strategy is focused on domestic film galas in the presence of directors and casts, film festivals, documentary programmes and programming based on themes and countries of origin in order to emphasize the diverse and interesting content. We think that it’s important for us to establish ourselves as a multicultural cinema with a diverse content, so as to be attractive for various age and social groups.

If commercial American and European productions have good national promotion, which helps us indirectly, our events are planned for building a loyal audience and also to encourage them to go beyond their passivity and their basic relaxation purpose. Our goal is to set the ground for the next generation of audiences who are becoming film and culture addicted.

Adriana Papp: Europa Cinemas is not only a prestigious network helping us financially to bring European and domestic films to the public, but it really is a platform for communication and inspiration.

Romania joined the European Union relatively late and thus our final goal is to persuade the younger audience that we can consider ourselves European only when we are able to know the history, traditions and culture of each community. Even if we are different, cinema is helping us admit that we face mutual problems and we basically share the same feelings through various artistic instruments.

Adriana Papp: At the moment we are a very young cinema which is trying hard to do interesting things, and we are certain that the results are to come. It is very difficult to measure the results after only five years as an art house cinema. Nothing has happened in this direction for years; cinema has been promoted as relaxation and entertainment, and less as a cultural activity.

What I can tell you is that we enhanced a partnership with Pupils Club / Clubul elevilor in 2015, which went very well for art house films promotion, even if we organized screenings at a very low fare. We believe that going step by step leads to good results. Our policy is to encourage and support every entity which has good ideas, good will and the same objectives as us, even if it does not have sufficient funding.

Adriana Papp: I have to admit that at the beginning we organized many events for adults over 40, thinking that being an experienced and educated public, they will surely be interested in art house movies. Soon I realized that if you do not sow, you will not reap. So I completely reset the strategy of programming and the agenda in general. I realized that the young 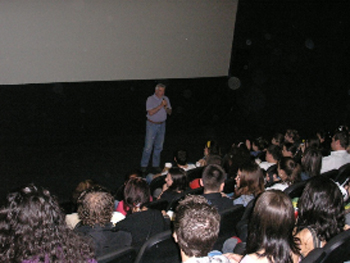 generation is eager for knowledge and for making comparisons. Therefore, we now have events dedicated to young audience every week, and also special screenings for children and younger audience.

Adriana Papp: We cannot talk about the digitalisation in the future tense. It was a mandatory step to progress and led to unlimited possibilities by programming a diverse and rich content. We are already in the stage of upgrading to 4K technology, which will consume more financial resources but which will influence our decisions in running the cinemas.

However, we remain constant in programming art movies with tenacity, knowing that the audience will eventually appreciate more and more quality and innovative movies.