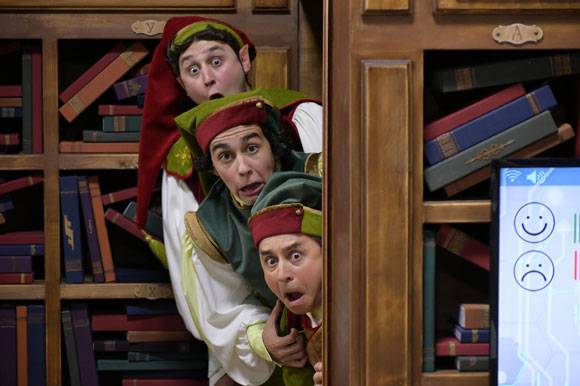 Maria Veselinova wrote the script inspired by the Santa Claus myth. The story follows the exciting adventures of 9-year-old Marty, who accidentally finds himself in Santa’s manufactory. Surprised by the old-fashioned preparation of the gifts, Marty persuades Santa’s Elves to embrace modern hi-tech facilities.

Shooting took place mainly in two specially constructed sets in 2016. Over 150 technicians were involved in the design of the fictional 18th century settings, including over 5,000 pieces of props, 122 different glass and colour shapes and 40 unique costumes.

“Christmas is a feast of magic and dreams, and I have always wanted to make a film on that. But Smart Christmas does not depend on smart technologies“, Veselinova told FNE.

Juli Maruli Entertaiment produced the film in association with Vetrogon. The Bulgarian National Film Center supported it with 300,000 EUR.

The domestic distributor Lenta plans to release the film on 30 November 2018.

Production Information:
Juli Maruli Entertaiment
This email address is being protected from spambots. You need JavaScript enabled to view it.