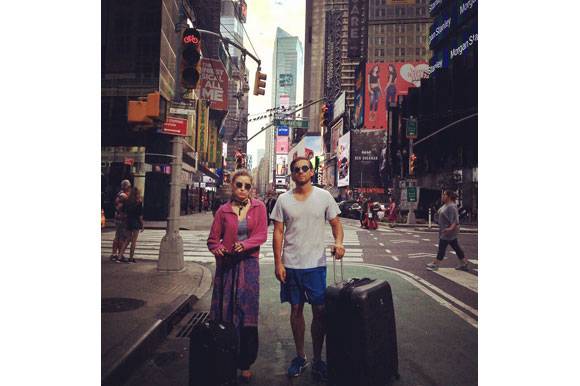 All She Wrote by Niki Iliev

VARNA: Niki Iliev’s feature film All She Wrote will screen in the main competition of the 36th Golden Rose National Film Festival (27 September-4 October 2018). This independent production was shot in Bulgaria and in the USA, and it stars Gary Dourdan Aaron and Sanya Borisova.

The script written by Niki Iliev tells the story of the unusual and complex relationship between Aaron, an American ex-fighter and musician, and Jana, a Bulgarian immigrant living in New York.

“I have always dreamed of shooting in New York someday. For me, this is the most cinematic city in the world. As I wanted this film to be international, I also wanted it to be spoken in English,” Niki Iliev told FNE.

The film was shot in Sofia, New York and in Bulgaria’s popular mountain resort Bansko during the summer of 2016.

Niki Iliev produced through his company Euro Dialogue with bTV Studios as the national coproducer. The American coproducer is J.T.R. Entertainment. The budget of the film is approximately 250,000 EUR.

Domestic distribution opened on 5 January 2018 and lasted for nearly two months with 50,000 admissions.

“In 2014 my previous film Living Legends (also produced by Euro Dialogue) had twice as many admissions, but it was an entertaining film. All She Wrote is a more serious dramatic film, maybe this is the reason why mostly selected audience went to see it”, Niki Iliev said.

FreeDolphine Entertainment acquired the rights for the worldwide sales and the first territory where it sold the film was China. Other Asiatic markets are under negotiation.

Production Information:
Euro Dialogue Productions
This email address is being protected from spambots. You need JavaScript enabled to view it.
TV Studios
www.btv.bg/btv-studios