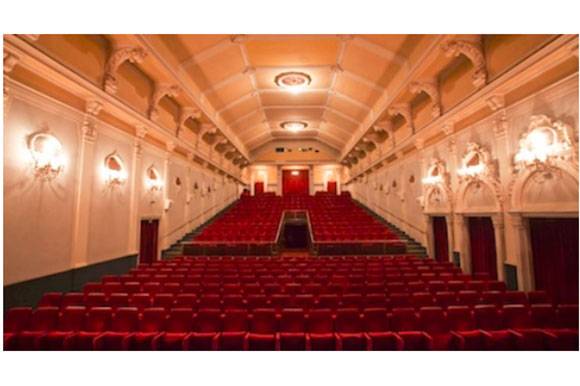 ZAGREB: After months of controversy, Kino Europa (Cinema Europe) has closed. On 28 June 2019, leaders of the Zagreb Film Festival (ZFF), who managed the cinema, confirmed that they will return the keys of Kino Europa to the City of Zagreb.

Kino Europa was the oldest working Croatian cinema. The City of Zagreb acquired it in October 2007 after a successful action “Daj mi kino” (Give Me the Cinema), in which Croatian film and cultural professionals and film aficionados appealed to the city government to acquire this theatre and allocate it for use to cinematic purposes. The action was led by the Croatian Film Association and co-organised by the Zagreb Film Festival.

Last year, over 120,000 people attended screenings in Kino Europa. Over the past decade, they had 14,000 screenings for over one million visitors.

However, following the decision of the Mayor of Zagreb, Milan Bandić, ZFF’s contract to run the cinema won’t be extended and they were ordered to leave the premises by 1 June. Mass protests were held in front of the cinema. In a film-like twist, on the day of eviction, Zagreb's Commercial Court ordered an interim measure according to which the ZFF is permitted to remain in the Europa cinema for the time being.

“The Commercial Court decision, is a temporary measure, not a durable solution. The work of the cinema is currently dependent on the decisions to be taken at future hearings, and we can only speculate about the final outcome of the trial. Such a position creates a series of logistical, organisational and financial difficulties, which prevents us from implementing the programme at the level of quality it has had so far. In a situation where it is not possible to predict whether we will have to leave the cinema tomorrow, in a week or in two months, we keep the existing employees and associates in a permanent state of uncertainty, and distribution of films and other programmes cannot be arranged. That is why we decided to return the keys to the cinema to the City of Zagreb,” ZFF wrote in a statement for FNE.

Mayor Bandić said: “The City of Zagreb will do necessary restoration work on a building of protected cultural heritage in the shortest possible time, after which Kino Europa will continue to operate as an art cinema for the pleasure of all citizens of Zagreb and the entire cultural public.”

On the day of closure, Kino Europa had 20 employees plus 25 permanent associates. The City of Zagreb was supporting their programming with around 58,000 euros per year, and ZFF was paying 51,300 EUR for rent.