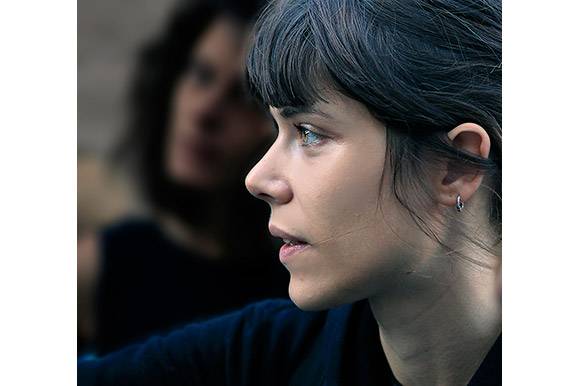 ZAGREB: The award-winning Croatian director Hana Jušić is in development with her second feature film God Will Not Help, produced by Kinorama in coproduction with Gustav film from Slovenia and TICO Film Company from Italy.

The story written by Hana Jušić follows Teresa, a Chilean woman who arrives in a village at the foot of the Dinara Mountain, carrying a bag with the bones of her husband and looking for his Croatian family in order to bury him. She finds her husband’s sister and brothers, and starts to get acclimated to the village and the family. Yet, things are not exactly what they seem.

“Hana has again chosen motives that are personally close to her and a topic that genuinely interests her. The way she will approach it is completely unexpected and that's why it's especially exciting to me. I hope that the process will flow as smoothly as with her feature debut Quit Staring at My Plate, and that the result will be as good or even better”, Ankica Jurić Tilić, who is producing through Kinorama, told FNE.

The producer has already secured 18,800 EUR / 140,000 HRK for project development from the Croatian Audiovisual Centre, as well as an additional 10,000 EUR through the RE-ACT regional fund. The total budget is estimated at 1.2 m EUR.

Filming is not expected to start before mid-2021.

Hana Jušić is a young star of the Croatian cinema, who won the FEDEORA Best European Film Award at the International Film Festival in Venice in 2016 with her debut feature Quit Staring at My Plate (produced by Kinorama, in coproduction with Danish Beofilm and the Croatian Radiotelevision HRT), which was later selected to represent Croatia in the Oscar race for best foreign language film.

She has recently been accepted to the Cinéfondation residence in Paris, where she’ll be developing God Will Not Help.

Producer:
Kinorama (Croatia)
This email address is being protected from spambots. You need JavaScript enabled to view it.