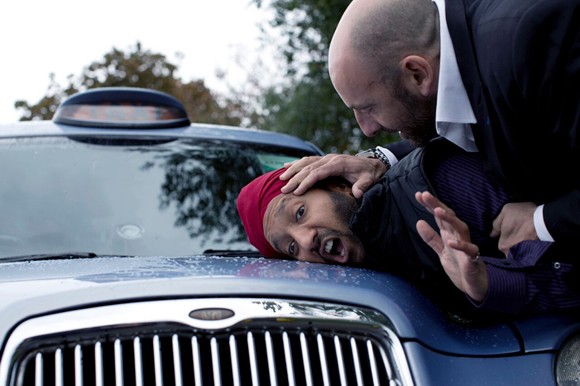 I Gotta Be Me series

NICOSIA: I Gotta Be Me, a ten episode web-series set in Cyprus, will be releasing three more episodes in February 2016.

The comedy web-series is narrated by Steve McFadden and follows the life of frustrated soap star, Paul Shah, played by Phaldut Sharma from Eastenders. The series follows Paul Shah as he travels to Cyprus to portray his hero Sammy Davis Junior in a Rat Pack tribute show. He is frustrated with playing cab drivers and terrorists on TV and hopes that this gig will give him the chance to shine.

“The island looks incredible on film. We shot in Paphos, Troodos, Limassol, Nicosia, Ayia Napa and in a range of stunning amphitheaters, and everywhere we went we were made to feel welcome and people were very happy, in fact eager, for us to film,” director Steven Bloomer told FNE.

The series’ budget is 12,000 GBP. I Gotta Be Me was initially funded by Flaxman Films but then it was taken over by Nine Productions, which has invested 7,000 GBP into the online screening.

The first three episodes have already been released. The next three will be screened on 11 February 2016 at The Britannia in London, with the launch of the Kickstarter campaign to raise the remaining 5,000 GBP needed to complete the series.

Each episode lasts from five to fifteen minutes. The first three episodes can be viewed at http://www.igottabeme.net/.

Productions Information:
Nine Productions
Contact: This email address is being protected from spambots. You need JavaScript enabled to view it.