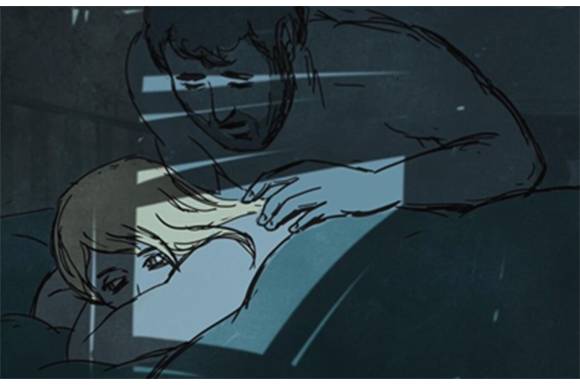 My Sunny Maad by Michaela Pavlátová

The film is based on the novel by Czech author Petra Procházková, Frišta, and tells the story of the Czech woman Herry, who falls in love with an Afghani Nazir and decides to leave with him to his motherland. She has no idea what awaits her in the post-Taliban Afghanistan, nor of what sort of family she is becoming a part of: a grandfather who is a feminist, an adopted young boy who astounds her with his intellect, and Freshta, who will do anything to run away from her abusive husband. Like the other women in the family, Herra wears a burka and hides in a closet when guests arrive. She soon starts a new job with an American woman, Heidi, who has little understanding of the way women live in Afghanistan, and still less understanding that not everybody wants to be saved by Westerners.

The development of the film, which is a French/Czech coproduction from Sacrebleu Productions (France) and Negativ (Czech Republic), was supported by the Czech State Cinematography Fund.

The project was presented at this year's Cartoon Movie in Bordeaux. The film is planned to be released theatrically in December 2018.

Negativ
E-mail: This email address is being protected from spambots. You need JavaScript enabled to view it.
www.negativ.cz