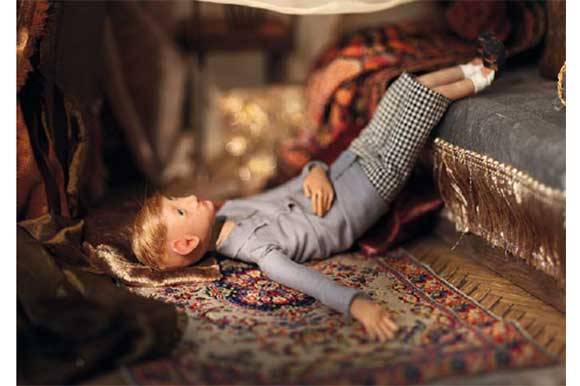 The Family Portrait by Lea Vidakovic

TREBON: Short films are a large part of the film industry in CEE territories, thanks in part to smaller national funding budgets. Likewise, animated films hold an equally important place in the annals of CEE filmmaking. The CEE Animation Forum, which concluded on 8 May 2019, devoted two pitching sessions to animated short film projects, and the 13 projects showed the international coproduction potential of shorts. The varied selection hit most age groups, and employed a wide range of techniques, with many of the films venturing into hybrid territory.

Many of the projects took on difficult or unexpected subjects. The Italian/Slovenian short with a Slovenian theme, Butterfly on the Hook, presented by director Valeria Cozzarini and producer Remigio Guadagnini, tackles the difficult subject of the erasure of the Slovenian language in schools in Trieste. The producers received a 10,000 EUR grant from the regional fund RE-ACT. Slovenia’s Arsmedia will coproduce the 110,000 EUR film.

In neighboring Croatia, The Family Portrait by Lea Vidakovic is presented in the form of an ambitious seven-screen art installation. The film covers what the director called “a dark but somewhat humorous situation” in a difficult father-daughter relationship further strained by the return of a brother. The stop action puppet animation is set in the Austro-Hungarian empire and populated with finely detailed miniatures. The 150,000 EUR film, produced by Adriatic Animation and coproduced by Serbia’s Origin Tales, won the Animation Sans Frontieres Scholarship Award.

The Balkans had an especially strong presence in the short film category. Serbia offered up Money and Happiness presented by directors Ana Nedeljkovic and Nikola Majdak Jr. The 10-minute stop-motion, produced by Film House Bas Celik with a budget of 80,000 EUR, already has 30,000 EUR from Film Center Serbia. The film, positioned for young adult and adult audiences, explores the social dilemma confronting many CEE societies: the economy is better, the societies are free, but happiness is not necessarily easier to achieve. The filmmakers use a dystopian society populated by hamsters to dig into this theme.

Rodents also star in the Slovenian/Croatian coproduction Mouse House, a 2D vector animation film for ages 7+. A mouse hiding from a cat builds himself a house within a block of cheese, forgetting his brother who is waiting in danger outside. The team of producer Polona Kumel and wirter/director Timon Leder described it as a film about greed and sharing and making ethical choices. The 75,000 EUR film is produced by Slovenia’s Invida and coproduced by Dagiba (Slovenia) and Jaka Produkcija (Croatia). It received 48,000 from the Slovenian Film Center.

Croatian director Marko Mestrovic and producer Mia Bucevic from Kreativni Sindikat, which specialises in animation and experimental films, are frank in positioning their film Raft for festival audiences.The hybrid of 2D vector animation, 3D and pixilation, is the story of a band who get caught up in a flood while playing a gig. The film has a budget of 80,000 EUR, with 50,000 EUR already in place through the Croatian Audiovisual Centre and 8,700 EUR from the City of Zagreb. The team are looking for creative production input, in the form of unique TV reports composed in an experimental style.

Bulgarian producer Vessela Dantcheva won the CEE Animation Workshop Scholarship Award for Where To directed by Asparuh Petrov. The 48,000 EUR film has received 21,000 EUR from the Bulgarian National Film Center. The 10-year-old production company Compote Collective, which specialises in indie shorts, put 4,000 EUR into development. The film portrays the conflict between outer world and inner world in a man who faces the fears of becoming a father – a man who had no father figure in his life, with the “fear of becoming a parent told from a male perspective,” Dantcheva said. The film is composed of ball point drawings in blue, black and red, expressing reality, fear and pain. The filmmakers are looking for a composer and sound post-production.

Romania brought two short film pitches. The first was the forum's “wild card” selection Grandpa is Sleeping by Matei Branea and producer Helga Fodorean from Safe frame. The 10-minute computer animation is a sweet tale of a final afternoon adventure that a six-year-old girl has with her sleeping grandfather, which concludes with a magical ice skating dance as her grandfather floats away. The film is inspired by the story parents say to their children, that a beloved grandparent is sleeping, when they see him in death, and a lesson on how to say goodbye. The film is in development and will move into production in November 2019, with post-production scheduled for the end of 2020, and delivery in Jan 2021. The producers are now looking for funding in Romania.

Romanian producer Ioana Lascar of deFilm partnered with Romanian/Moldavian director Serghei Chiviriga on the clever snail-coming-of-age short Viskovitz. The CEE Animation Forum audience was treated to a mini-lecture on the genitalia and sexual orientation of snails. It turns out they are hermaphrodites and don’t need to go through the whole sexual identity crisis. The 2D 8-minute comedy is aimed at young adult and adult audiences. The film was developed at the CEE Animation Workshop. The budget is 170,000 EUR with 102,000 EUR already secured from the Romanian National Film Center and additional funding from the production company’s own investment. The filmmakers are looking for additional 34,000 EUR, post-production services, music composers and distributors.

The Latvian project Kafka in Love directed by Zane Oborenko and produced by Sabine Andersone won the Short Film Category Award. The 10-min sand animation intended for festival audiences is based on Kafka’s private love letters to his married Czech translator Milena Jesenka and will be accompanied by minimalistic music. The 120,000 EUR film is produced by Atom Art and has received 4,500 from the Culture Capital Fund. The release is planned for the end of 2021.

Czech Republic was represented by two projects. The Goose by director/producer Jan Mika is a 10-minute film for children, based on the author’s own childhood. A boy dreaming of becoming a famous football player, who accidentally kills a mother goose that is attacking him while he practices, then finds the gooselings that are waiting for their mother. The clever approach is designed as a hybrid of 2D, 3D and CGI animation. The 50,000 EUR film is produced by Filmofon and is securing agreements with French production/distribution company Autour de Minuit, Chinese CGI company Fox Renderfarm, Czech sound studio Spalena Records and Czech media company Animuj.cz. The film will premiere in 2020.

Paolo’s Happiness, a German/Czech puppet animation for children produced by Grit Wisskirchen of FilmVermoegen and Czech coproducer Martin Vandas of MAUR film, and directed by Thorsten Droessler, is a 10-minute film without dialogue for the 6-9 year-old set. Paolo is an unhappy man whose tears cause red flowers to grow wherever they drop on the ground. Paolo is besieged by the townspeople, to the point where he goes into hiding and escapes the town. The townspeople cry bitterly and their own tears turn into flowers – the lesson being that you create your own happiness. The 185,000 EUR film has 45,000 EUR in place and received word during the CEE Animation Forum that its application for a German fund grant has been approved. Financing will be closed by the end of September and the film will be delivered in July 2020.