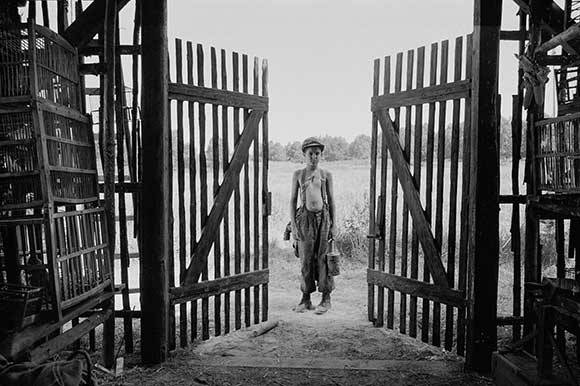 The Painted Bird by Václav Marhoul

The Painted Bird directed by Václav Marhoul was selected as Czech Republic’s candidate for the 92nd edition of the Academy of Motion Picture Arts and Sciences award in the International Feature Film category. The film is the first Czech majority coproduction selected for the main competition of the Venice Film Festival (2019) in 25 years and it was also selected for the Special Presentations section of the 44th Toronto IFF (5-15 September 2019).

The most successful Czech documentary of 2019 was Forman vs. Forman by Helena Třeštíková, which premiered in the Cannes Classics section of the Cannes Film Festival and was screened afterwards at another 40 festivals.

The animated short film Daughter / Dcera by Daria Kashcheeva won the Cristal for a Graduation Film at the Annecy International Animated Film Festival as well as the Children’s Jury Prize for Best Student Film. The film has won approximately 40 awards, including the prestigious Student Academy Award for best animated film (International Film Schools category), and it was nominated for the Academy Award in the Animated Short Film category. 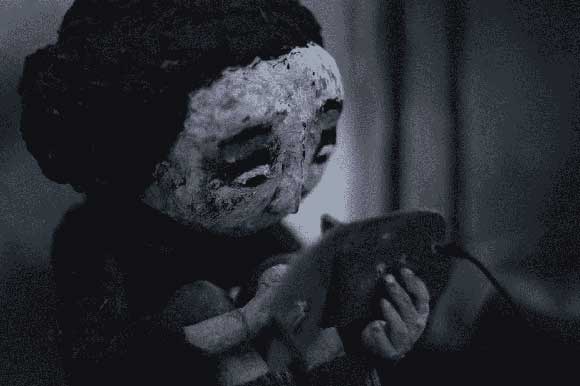 As far as the topics and genres of the feature films are concerned, period films - both from older and more recent Czech history - represent a substantial part of the 2019 production, but films on political and social subjects are made more and more often. Filmmakers of all genres also often touch ecological problems of today´s world. Comedy remains a successful genre in Czech cinemas, as well as films for children, including long animated films. 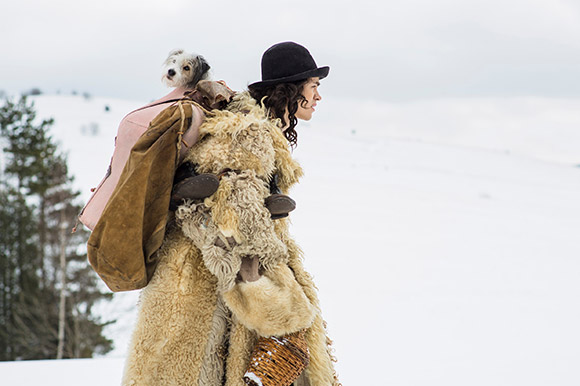 A total of 62 new domestic feature films and documentaries and four long animated films were theatrically released during 2019, compared to 70 in 2018 (of which two were animated films).

The Painted Bird by Václav Marhoul was selected as Czech Republic’s candidate for the 92nd Academy of Motion Picture Arts and Sciences award in the Best International Feature Film category. The film is the first majority Czech coproduction selected for the 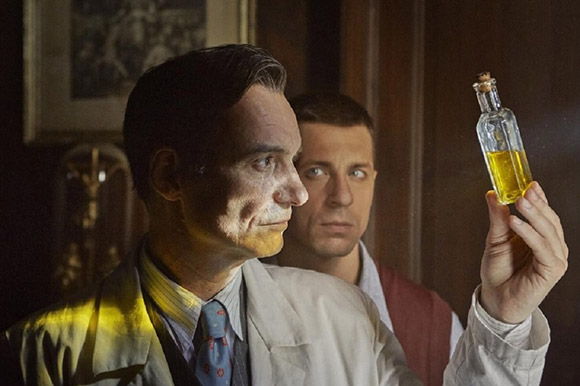 main competition of the Venice Film Festival (2019) in 25 years and it was also selected for the Special Presentations section of the 44th Toronto IFF (5-15 September 2019).

The film was also screened in London, Warsaw, Tokyo and Chicago, where the jury awarded the work of the cinematographer Vladimír Smutný. The film has already been sold to the USA and Canada. International sales are handled by the French company Celluloid Dreams.

There are eight distribution companies in the Czech Republic with a market share of over 1%.

In 2019 the attendance in multiplexes, counting 247 screens and 42,735 seats, reached a market share of 62.5%. The largest multiplex cinema operators are Cinema City and Cine Star.

The main tool for public support of Czech cinema is the Czech Film Fund. The funding is granted in 10 areas: development, production, distribution, technological development, promotion, publications, education and training, protection, preservation and access to film heritage, festivals and film events and protection of rights to cinematographic works.

The Czech Film Fund also administrates production incentives for film and TV productions shooting in the Czech Republic. The incentives are granted in the form of a 20% cash rebate on Czech production costs and 66% on the withholding tax on non-resident labour costs paid in the Czech Republic. The incentives are available for feature, animated and documentary films, TV and animation series, including postproduction. Maximum eligible costs are set at 80% of the total budget, there is no cap on the incentive per project or per applicant. The application can be submitted at any time of the year. The Czech Film Fund is currently trying to increase the rebate to 25%. A total of 50 m EUR / 1.3 billion CZK was allocated in the incentive programme in 2019. For eligibility criteria and application process, check the Czech Film Commission’s website. 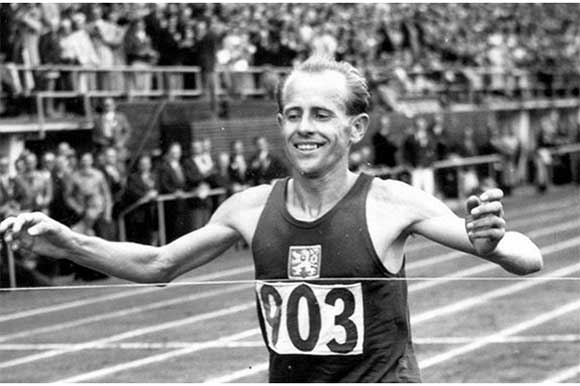 with 104 shooting days. Production incentives were also used by AGC Studios for the postproduction of the sci-fi film Voyagers (423,076 EUR / 11 m CZK) directed by Neil Burger. The postproduction was made by U Film.

One of the important supporters of Czech film is Innogy, which coproduced several important new films, including Petr Zelenka´s Droneman and David Ondříček´s Zátopek, and which supports the Karlovy Vary IFF, the Czech Critics´ Awards and the Czech Lions.

The Prague Film Fund supports Czech and international films and TV series shot in Prague, where the city plays itself. In 2019 the fund supported, among others, Charlatan by Agnieszka Holland, Zátopek by David Ondříček and the documentary Mucha: The Story of an Artist Who Created Style directed by David Vávra and produced by Punk Film in coproduction with maximfilm (DE), the Czech Television and ARTE.

The major TV companies in the Czech Republic are NOVA group, the Czech Television and PRIMA group.

Seznam TV is among the fast growing Internet TVs in the Czech Republic, also producing its own original programmes, including popular internet series.

The TV stations make their programmes also available on the Internet, thus reaching a larger audience. TV NOVA has its video library Voyo.cz, Prima group runs PrimaPlay.cz, while the Czech TV offers its programmes via iVysílání.cz.

The most attended VOD portals in the Czech Republic are Stream.cz, HBO Go and Netflix. Specialised documentary VOD service is provided by DAFilms.cz.

The market for TV advertising is dominated by Nova and Prima (90%), while advertising on the Czech Television is limited to the minimum by the law. The television is traditionally the strongest advertising medium in the country.

Television stations play a large role in the production of quality content for local film and TV productions. The Czech TV is a permanent partner of the Czech cinema, with its in-house production sector Film Center, coproducing increasing numbers of feature films. Czech TV is also a coproducer of almost all documentaries released in Czech cinemas.

Among important TV projects produced by the public television in 2019 there are: the Czech/Polish coproduction series Princip slasti directed by Dariusz Jabłoński, the miniseries Jak si nepodělat život directed by Tereza Kopáčová and the TV series Sever directed by Robert Sedláček.

APA- AUDIOVISUAL PRODUCERS’ ASSOCIATION
Národní 28, 110 00 Prague 1
Phone: +420 603 844 811
This email address is being protected from spambots. You need JavaScript enabled to view it.
www.asociaceproducentu.cz

CZECH FILM AND TELEVISION ACADEMY
Karlovo nám 285/19, 120 00 Prague 2
This email address is being protected from spambots. You need JavaScript enabled to view it.
www.cfta.cz 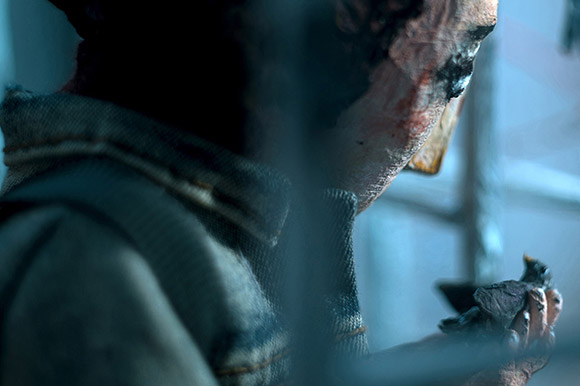 FITES – CZECH FILM AND TELEVISION UNION
Pod Nuselskými schody 3, 120 00 Prague 2
This email address is being protected from spambots. You need JavaScript enabled to view it.
www.fites.cz

FILM DISTRIBUTORS’ UNION
nám. Winstona Churchilla 2, 130 00 Prague 3
This email address is being protected from spambots. You need JavaScript enabled to view it. , www.ufd.cz