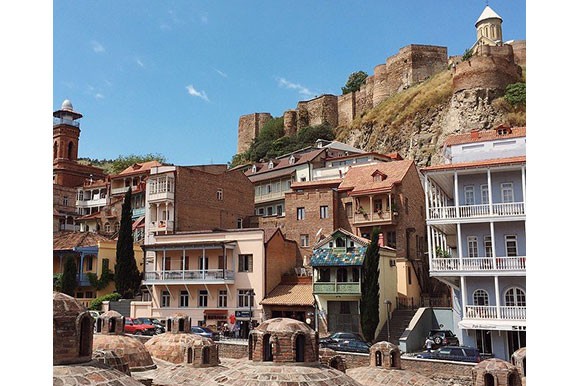 The cast includes Holliday Grainger, Keti Mchedishvili, János Derzsi, Harry Treadaway, Stacy Martin, Nikola Djuricko and Nutsa Kukhianidze. The film is based on the poem The Clown by Anthony Lucero and follows a clown travelling through Europe together with his daughter and a small circus. Georgian newcomer Keti Mchedishvili plays the daughter and Pål Sverre Hagen is the clown. Most of the technicians are Georgian.

Shooting started at the beginning of September 2016 and will wrap in October 2016. Most of the shooting takes place in Georgia. The film is produced by the American companies Hunter Image Media and St. Tisa. The producers are Thor Halvorssen and Anthony Lucero. Noshre Chkhaidze, Adam d'Arcy, Christine Harnos and Mariam Shevarnadze are coproducing and Ilene Feldman, Terrence Malick, Donald Ranvaud and Cameron Colby Thomson are executive producers. The budget is big for Georgia but small for the U.S.

Since the launch of the cash rebate programme in Georgia at the beginning of 2016, several international projects were already shot in Georgia. They include two Indian productions and the German/Georgian/French coproduction My Happy Family (Polare Film Llc) by Nana Ekvtimishvili and Simon Gross, with a third Indian project in the pipeline.