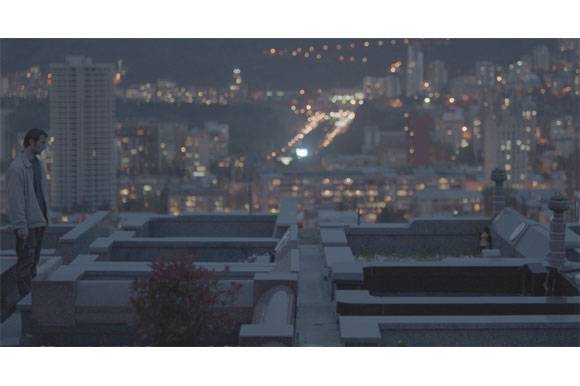 The Criminal Man by Dimitri Mamulia

TBILISI: The Georgian director Dimitri Mamulia is in postproduction with The Criminal Man, a Georgian/Russian coproduction that he shot in Georgia after a long break.

The Criminal Man tells the story of the main engineer of a factory, 25-year-old George Meskhi, who has accidentally witnessed the killing of a famous goalkeeper. All this turns his life upside down. George begins to follow the young and beautiful wife of the goalkeeper and becomes interested in everything related to this crime. He studies the faces of the criminals, looking for a clue to some mystery in them. This is a film about a metamorphosis and about the birth of a murderer.

The main characters are played by Giorgi Petriashvili, Natali Jugheli and Madona Chachkhiani. The  script was developed and written by Dimitri Mamulia and Archil Kikodze.

Georgia’s Millimeterfilm is producing in coproduction with Russia’s Kinokult. The producer is Suliko Tsulukidze, the founder of Millimeterfilm. The coproducers are Mikhail Karasev and Tamara Bogdanova, and the executive producer is David Ujmajuridze.

The shooting took place in Georgia (Tbilisi, Rustavi, Chiatura) between 2015 and 2016. After a break, the shooting resumed in 2018.

The film is currently in the final stage of postproduction and its premiere is planned for 2019, but the exact date is not known yet.

Dimitri Mamulia was awarded the Special Mention and the Ecumenical Jury Award at the Karlovy Vary IFF and also the Nika Award – Discovery of the Year for Another Sky (2010). He is the founder of Moscow's School of New Cinema and also of Tbilisi’s New Caucasian Film School.