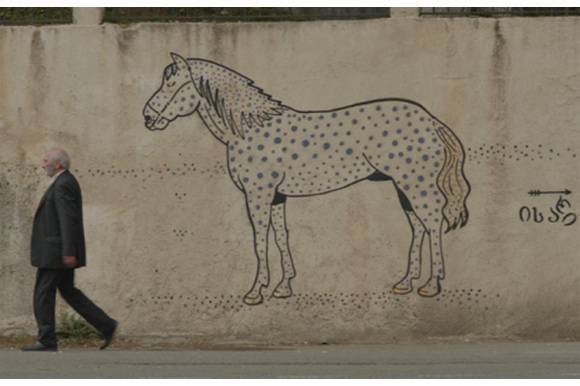 Georgia had a great year with more awards at international festivals and more attention given to Georgian films. Georgian cinema days were held in Chicago, London and Lithuania and Georgia was a Focus Country at the 2018 Filmkunstfest, Internationale Kurzfilmtage Winterthur for Animated Film, the Cottbus Film Festival, the Encounters Film Festival in Bristol and at Filmfest Dresden.

Eighteen projects were supported in 2018 in the framework of the Film in Georgia programme. Their total spend amounted to 12 m EUR / 36 m GEL. More than 4,000 local cast and technical crew were employed.

Under a deal signed with Russia (Gosfilmofond, the film archives of the Russian Federation) in September 2016, hundreds of films made from 1921 to 1991 are to be returned to Georgia. The first four films returned in November 2016 under the project Return of Georgian Heritage to Homeland, eleven films returned in 2017 and another 18 films returned in 2018 with the support of the Ministry of Education, Science Culture and Sport of Georgia, the Georgian National Film Center (GNFC), the TBC Bank, the GMT Group, the IDS Borjomi company and the Geocell company. At this stage 34 Georgian films are back in Georgia.

Seven Georgian feature films were produced and finished in 2018, according to the GNFC. All of them are supported by the GNFC.

Namme, written and directed by Zaza Khalvashi and produced by Batumi Art-House Film Studio, was shot in 2017. The premiere took place in 2018. 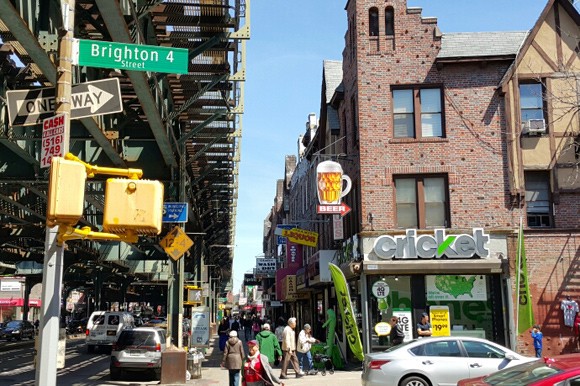 The production of Brighton 4th, the third feature film by acclaimed Levan Koguashvili, which is a Georgian/Russian/Bulgarian/French coproduction between Kino Iberica, New Media Order, Art Fest  and MACT Productions, also wrapped in 2018. It will premiere in the near future.

Other films are ready for their premieres. They were shot in 2017 and they were in postproduction at the beginning of 2018. The list includes the new feature film by Dimitry Mamulia, Unknown, produced by Milimeter Film, and Ursus, written by the esteemed Zaza Buadze, directed by Otar Shamatava and produced by Georgia’s Studio O in coproduction with Ukraine’s Fresh Productions, Germany’s Aktis Film Production and Bulgaria’s Geopoly. The postproduction of Ursus began in 2017.

The feature film Parade, directed by Nino Zhvania and produced by New Georgian Film, was completed in 2018. It was awarded best film at the Tbilisi International Festival in 2018.

The feature film Neighbors by Gigisha Abashidze was also completed in 2018. This is the first Georgian/Macedonian coproduction, produced by Studio Artizm in coproduction with Georgia’s Gemini and Macedonia’s Small Moves Films.

Tamar Shavgulidze’s feature film My House in Front of the Forest completed shooting in Tsavkisi and moved into postproduction in 2018. The film is inspired by Galaktion Tabidze’s poem I Still See It, Your Apartment at the Edge of the Forest, with the script written by Shavgulidze. The film is produced by Nushi Film.

The documentary director Rudolph Herzog shot his debut feature in Georgia in 2018. How to Sell a War is coproduced by Georgia's 20 Steps Productions. 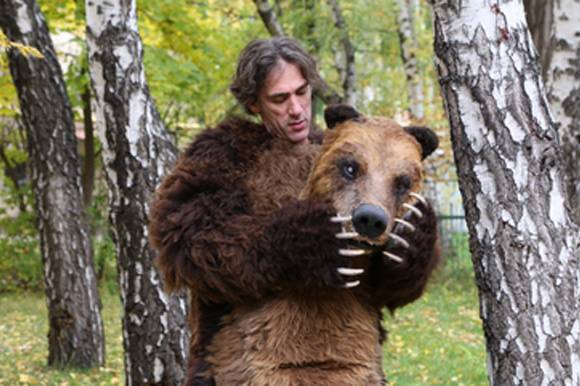 The total investment of all 18 projects shot under Film in Georgia so far amounts to 12 m EUR / 36 m GEL. More than 4,000 local cast and technical crew were employed.

Only the Chinese project The Mask starring Ryan Zheng and Zhang Guoli spent more than 3,666,666 m EUR / 11 m GEL in Georgia and used more than 1,900 people in its large scale shooting. 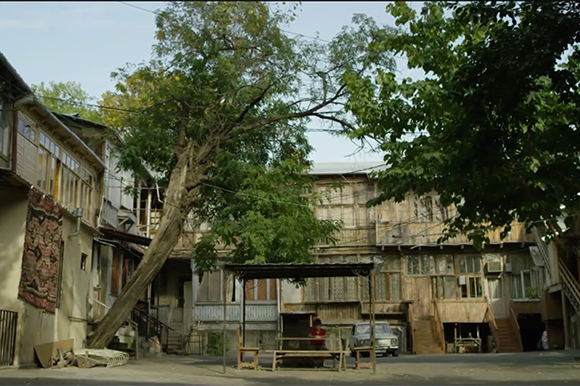 producers, as well as FAM tours to Georgia, in order to introduce filming locations and existing relevant infrastructure in the country.

“The programme Film In Georgia is the main motivator for attracting international projects to Georgia. Our country has all the major advantages in order to be competitive in the world, such as various locations, flexible and simplified processes, lack of licenses for filming, competitive prices, film friendly society and more. However, the fact that the state supports the film industry and offers 20% cash rebate to companies, makes them more interested. So it will be possible to make more investments“, Tatia Bidzinashvili, Head of the Film in Georgia Cash Rebate Programme, told FNE.

The agency also hosts Hollywood producers every year and organises FAM tours to discover Georgia as the most attractive location of Eastern Europe. Also, during the year, the agency organises official Georgian stands at a number of cinematic markets.

New Georgian films were successful at festivals and domestically released in 2018.

Horizon directed by Tinatin Kajrishvili and produced by Gemini, had its world premiere within the Panorama section of the Berlin International Film Festival on 16 February 2018. The film was developed with the support of the Georgian National Film Centre and it is a Georgian/Swedish coproduction.

Irakli Kvirikadze was among the 10 most promising European actors selected by the European Film Promotion for Berlinale’s European Shooting Stars programme in 2018. Irakli Kvirikadze is known for playing the lead role in Hostages by Rezo Gigineishvili, a coproduction between Russia’s INK TV and NEBO Film Company, Georgia’s 20 Steps Productions and Poland’s Extreme Emotions. 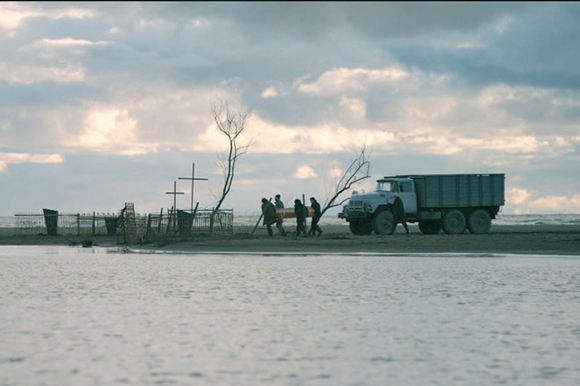 My Happy Family directed by Nana Ekvtimishvili and Simon Gross was nominated for Germany's LOLA Awards by the German Film Academy. My Happy Family is the first Georgian film for which Netflix purchased global distribution rights. The film, produced by Germany’s augenschein Filmproduktion GmbH in coproduction with Georgia’s Polare Film Llc and France’s Arizona Production, became the first film to bring back more than 20% of the qualified expenditure on production.

The Cranes Are Flying (1957) by Georgian-born Soviet director Mikheil Kalatozishvili was screened in the Berlinale Classics of the 68th Berlin International Film Festival in 2018.

After receiving several accolades in 2017, including the Golden Leopard at the Locarno FF and the Grand Prix at the Sarajevo IFF, Ana Urushadze’s Scary Mother opened the Critics’ Week in Berlin in February 2018. Scary Mother, which was produced by Studio Artizm in coproduction with Gemini and Estonia's Allfilm, was also selected for the 47th edition of New Directors/New Films in 2018.

Ana Chubinidze's animated film Pocket Man received the Young Audience Award at the International Film Festival of Roanne, France. Pocket Man is the first Georgian/French animated film coproduction and it was created with the support of the GNFC.

The Georgian short animated film Geno has been sold to Japan, Korea, France, Spain and the United States. This first Georgian 3D animated film was directed by David Kiknavelidze and produced by Lira Production Studios, with the support of the GNFC.

Also in 2018 the GNFC hosted a retrospective of Georgian films at the Frankfurt Book Fair. More than 20 films from silent cinema to Georgia's independence were screened, including the avant-garde cinematic samples such as Kote Mikaberidze's My Grandmother (1929) and Mikheil Kalatozishvili's Salt of Svanetia (1930). 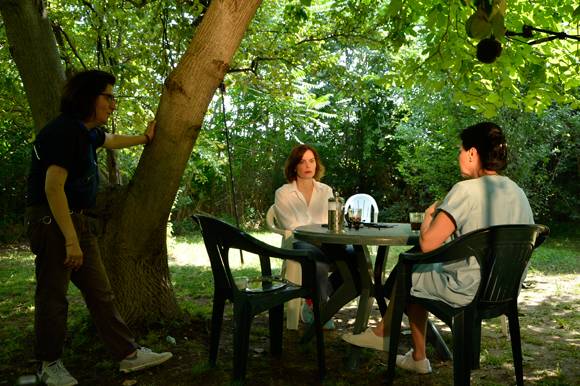 In 2018 Zaza Khalvashi's Namme was selected as Georgia’s entry for the Academy of Motion Picture Arts and Sciences’ award in the best foreign language film category. This Georgian/Lithuanian coproduction had its international premiere at the Tokyo Film Festival in 2017.

The Oscar and Golden Globe campaign featured the first official screening of Namme in Los Angeles on 7 November 2018, followed by two additional screenings organised by the  European Film Promotion on 11 and 15 November 2018. Giorgi Shvelidze, the cinematographer of Namme, was nominated for the 33rd American Society of Cinematographers Awards in the Spotlight Award category. The ceremony will be held on 9 February 2019.

The first Dolby Atmos system cinema in Georgia opened in Tbilisi on 30 November 2017. The six-screen Cavea Galleria Tbilisi with 700 seats is the fifth cinema in the Georgian capital.

There are currently six cinemas in Georgia with 26 screens (including one IMAX). All except one screen are digitalised. 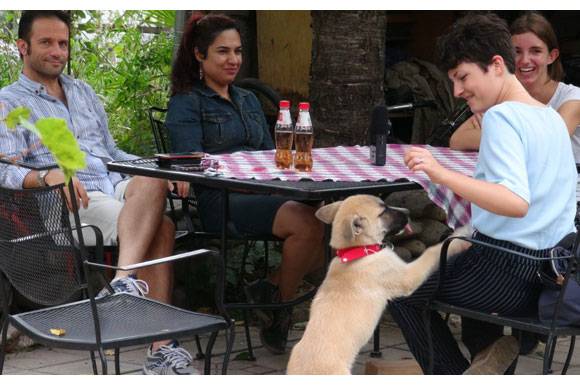 Georgia launched its coproduction scheme for feature films in 2010 and also launched a new call for documentary coproductions in March 2014.

The tax incentives programme, which went into operation in 2016, offers a 20% cash rebate on qualified expenditure with an additional rebate of 2-5% based on the promotional value of the production. 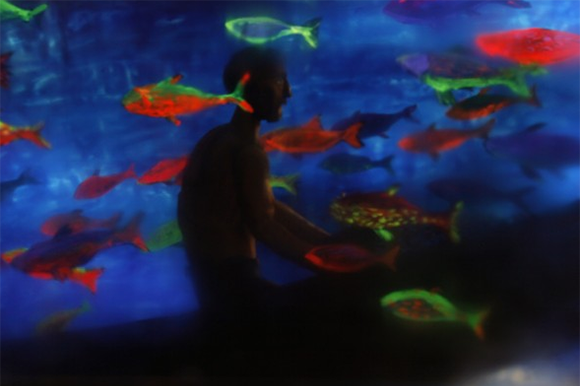 The programme has two stages. After shooting wraps in Georgia, 20% of qualified expenditure is automatically returned to the production company. When the film is finished and released, it is assessed according to pre-defined criteria (Georgia is mentioned as an acting place on the script level, well-known locations are used, etc.) for the additional 2-5% rebate. Both Georgian and foreign projects may participate.

No cultural test is required in order to apply for the initial 20% rebate, and the rebate also applies to key non-resident salaries paid in Georgia. The online application is valid for two years.

The Regional Film Fund of Adjara, on the Black Sea coast, launched in 2012, is also expected to boost the film initiative.

In 2018, the Deputy Minister of Education, Science, Culture and Sport Levan Kharatishvili and the Director of the GNFC Zurab Maghalashvili visited the Georgian Film Studio to assess the situation of the project Chronicle of Georgia, which started in 2016. The project implies cleaning, sorting, restoration and transferring archive material to digital support. The studio has a unique documentary collection of 25,000 boxes of films reflecting the history of Georgia in the 20th century. The current 12,000 boxes were technically developed, cleaned, and transferred to 1 minute digital format in 2018.

The project Film at School started in 2014. According to the data of 2018, a total of 800 schools from all regions of Georgia participated and 9,800 screenings took place since 2014. School students watch films, discuss around them and learn to make short films with the help of professionals. The project has won the Cinema Education contest (EACEA-14-2017 FILMEDU) in the framework of Creative Europe and it is also part of the project The Film Corner Reloaded - A Cultural Approach Together with Foreign Partners, organised by Fondazione Cineteca Italiana.

Leading TV companies continue to produce TV series. The most popular TV series in Georgia are: Friends of My Wife / Chemi Tsolis Dakalebi (Broadcasting Company Rustavi2), In the City / Shua Kalakshi (Imedi) and Around Us / Chven Gverdit (Maestro). A new Georgian TV 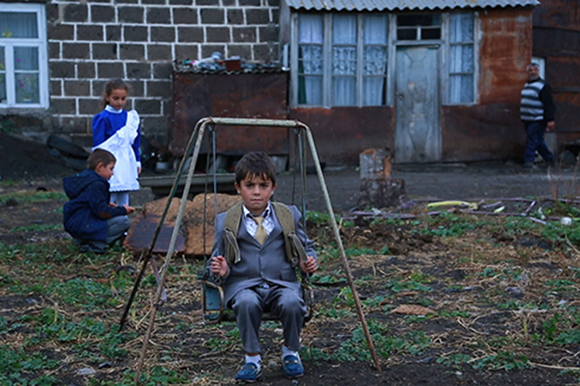 Private channels, Broadcasting Company Rustavi 2 and TV Imedi, are usually the producers of TV series. Public Broadcasting – First Channel also produces documentaries. TV channels do not fund independent film production as a rule, but it depends on the individual case, according to sources from GNFC.

The most popular domestic online platform is Myvideo.ge, a video sharing platform providing live streaming for dozens of TV channels. 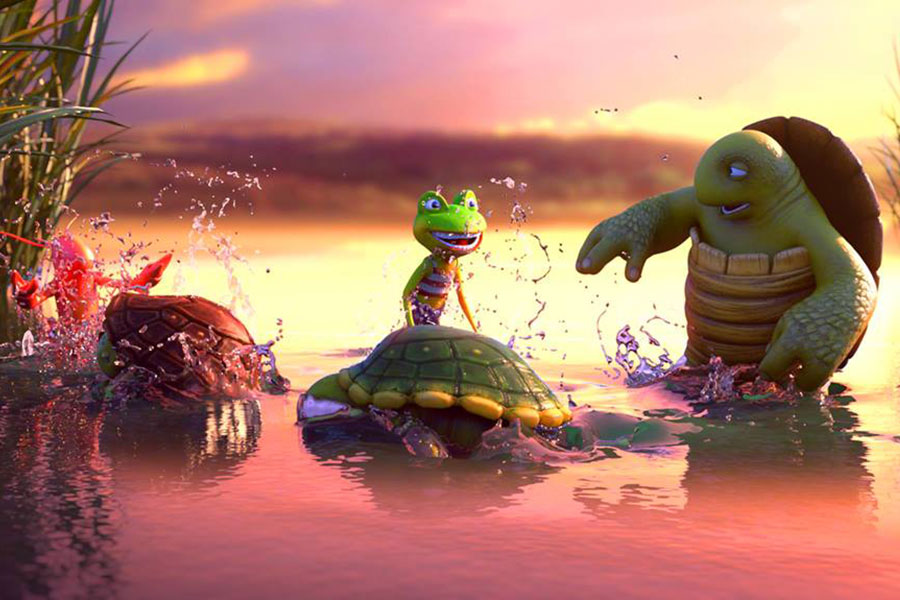