Interview with Nino Kirtadze: Support From Eurimages Is Vital For Georgian Cinema Featured 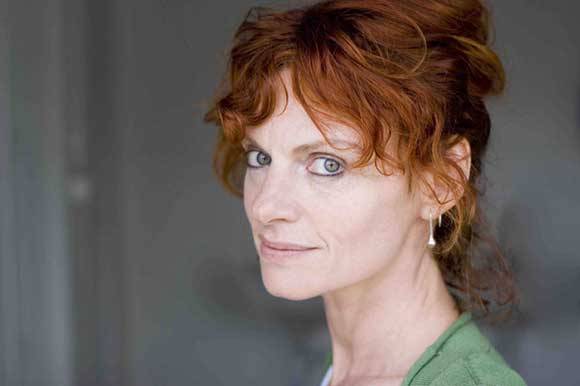 TBILISI: Film director, screenwriter, journalist and actress Nino Kirtadze, the new representative of Georgia in Eurimages, spoke with Film New Europe about the importance of Eurimages support for Georgian coproductions and about her own projects.

According to the Georgian National Film Center, 15 Georgian foreign coproductions have received support since 2011, the year when Georgia joined Eurimages.

Nino Kirtadze: As we all know, cinema is an expensive form of art. It is also, by far, the world’s most complex, collaborative artistic expression. In Georgia, despite deeply rooted tradition of cinema, there was a big gap that followed the collapse of the Soviet Union, when nothing much was happening and when finding partners and financing films became extremely difficult.

To overcome this situation the coproduction with European countries and the support from Eurimages was, I would say, vital for the Georgian cinema. It helped revive the old tradition, brought the financial support, distribution support and encouraged young directors to believe in their path.

Coproduction is very important for the film as it’s also about exchanging experiences while working and thinking together, understanding different sensibilities and using them for the benefit of the film. It opens wider perspectives workwise and it also secures the visibility of the film.

I remember, years ago, acting in the first French/Georgian coproduction supported by Eurimages – A Chef in Love by Nana Djodjardze (1996, produced by France’s Films du Rivage and Georgia’s Adam and Eve), and how unforgettable it was, watching the French/Georgian crew working together and giving their best for the success of the film, which then went to Cannes and was nominated for the Oscars in the Best Foreign Language Film category.

As a director, who for years worked with French/Irish/Polish/Georgian crews, I think we all need the right partners and allies in coproduction in order to grow and move further.

FNE: As a filmmaker who works in Georgia and abroad (you've lived in France since 1997), where do you see the Georgian cinema in a few years from now? How visible is Georgian cinema from a distance?

Nino Kirtadze: During this last decade we have been witnessing a real comeback of Georgian cinema and a new wave of directors, whose films (My Happy Family by Nana Ekvtimishvili and Corn Island by Georges Ovashvili, for example) have won important prizes and were well distributed in Europe. The Oscar nomination of Zaza Urushadzes’ Tangerines a few years ago raised interest in contemporary Georgian cinema worldwide. Keep Smiling directed by Rusudan Chkonia (and produced by Nike Studio), Blind Dates by Levan Koguashvili (and produced by Kino Iberica, Millimeter Film), Horizon by Tinatin Kajrishvili (produced by Gemini and Artizm) are among the films that attracted international press, underlining artistic and cinematic potential of today’s Georgia.

Also, as a member of the European Film Academy, I see more and more Georgian films selected for European film awards, when just a few years ago there was not even one to be found. Of course, the exposure is getting better. Now there are films that can stand and speak for themselves, and I think from now on the ambition of setting higher goals can only grow bigger. I can only be optimistic.

FNE: Your last project, the documentary Don’t Breathe / La Faille, which premiered in 2014, was also shot in Georgia.

Nino Kirtadze: Don’t Breathe was a challenge for me, for many reasons. Flaubert once wrote about Madame Bovary, that he would love to write a book about nothing and everything at the same time. I guess Don’t Breathe was something like that for me, too.

I wanted to focus on a life of an ordinary man and talk about us, about how frail, precarious, fragile and also magnificent and fabulous life is. And, as Charlie Chaplin said: “The life of a man is a tragedy when seen in close up, but a comedy in long shot”.

I started to shoot even before the film got financed and very soon we got ARTE on board. There was no Georgian money in it, it was a French/Finnish coproduction and it premiered at the Toronto IFF in 2014 and then travelled in the USA and Europe.

FNE: What projects are you working on now?

Nino Kirtadze: I’ve completed the new film I Invite You To My Execution (produced by Zadig production and ARTE) about Boris Pasternak and his Doctor Jivago, and now I’m working on a script of a new fiction film with a French production company Films du Poisson. I’m also working on another project, based on a true story, focusing on domestic violence and the escalating game of manipulation.

FNE: You collaborate with film schools in France and Switzerland and also with the University of Columbia. You were also a tutor at the Aristoteles documentary workshop and Close-Up. What do you enjoy about teaching?

Nino Kirtadze: When I start to work with young directors, first I have to understand where their heart lies and where their mind wanders, in order to get a sense of what kind of film they want to make. I have to somehow enter their world, to be allowed to step in the intimate space which bears the desire of the film. It's a delicate, challenging and fascinating process.

Of course, then we will talk about the form, the content and the dramaturgy of the film, about the characters and the inner connections between them, but first it’s about understanding the other person and creating a space where we can think together, expose doubts and fragilities, refer to paintings or books, and little by little, missing things will start to emerge and shape up. This is what I love while teaching.