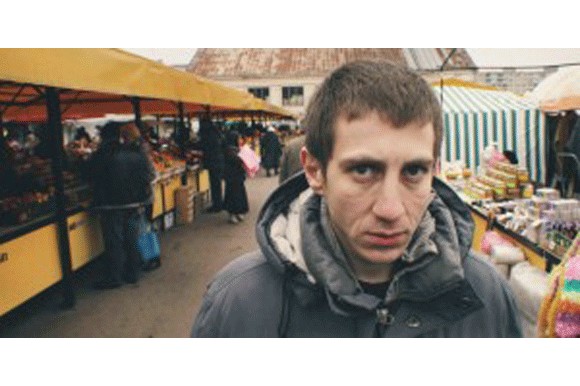 Crisis is an international coproduction project developed with the Polish company NUR and producer Marta Lewandowska.

In the story, 30-year-old Vytas is fired from a factory in a provincial town in Lithuania. The father of two children starts looking for a new job, unsuccessfully, and his attempts become more forced. His empty days are gradually filled with more intense boredom – long morning hours in bed, whole days spent in front of a TV or wandering around a local supermarket. Without being aware of it, he begins to enjoy his new casual life as a child would. A precipice develops between Vytas and his family, and it deepens with Vytas’s growing feelings towards a young hairdresser.

“I am mostly interested in the so-called ‘ordinary’ person being faced with the moral conflicts of today. I want to show how an ordinary, unremarkable person, who is used to just ‘swim downstream,’ starts thinking and asking himself about the meaning of life. Who am I? I want to give hope both to the characters in the film and to the audience,” Blaževičius said.

Crisis has already gained international recognition. In 2013, it was selected to take part in the MEDIA supported programmes EKRAN (Poland) and MAIA Workshops (Italy).

The budget is 400,000 EUR. The film is funded by Lithuanian Film Centre, Lithuanian Ministry of Culture.