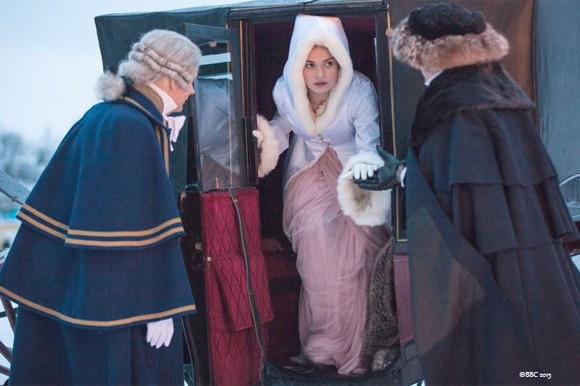 War and Peace by Andrew Davies

VILNIUS: British miniseries War and Peace by Andrew Davies, which was partly shot in Lithuania, is expected to boost tourism in Lithuania, since its first part had 6.3 m viewers on BBC One on 3 January 2016.

The shooting of War and Peace generated huge interest in Lithuania, with leading British newspapers running stories on how tourists can visit the locations from the series. The film was shot in Russia and Lithuania (Vilnius and the countryside).

The six-episode series based on Leo Tolstoy is produced by BBC Cymru Wales Drama in partnership with The Weinstein Company and BBC Worldwide/Lookout Point. The local production company in Lithuania was Baltic Film Services. The project benefitted from the tax incentives scheme launched by the Lithuanian Film Centre.

The first two episodes of the series will have a gala screening in Vilnius on 23 January 2016.