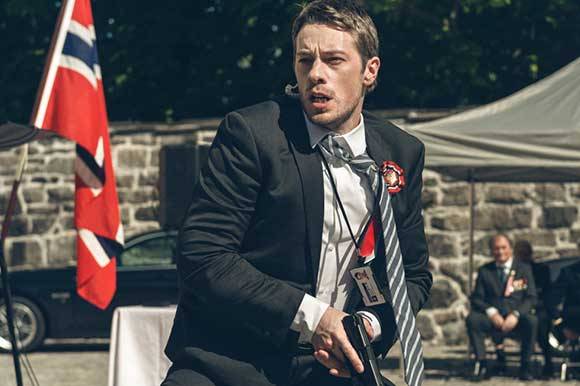 VILNIUS: The third season of the hit Norwegian political series Occupied / Okkupert is filming in Lithuania using the newly increased 30% tax rebate. The local service-producer is Ramūnas Škikas through the production company Ahil.

The series co-creator and director Erik Skjoldbjærg and the production company Yellow Bird Norge AS were granted NOK 3,500,000 / $451,000 USD by the Norwegian Film Institute for production support for the third season, which will premiere on Viaplay.

The first two series were the most expensive Norwegian production to date and have been sold to many EU territories including Serbia, Estonia, Poland and the Czech Republic.

From a storyline conceived by bestselling author Jo Nesbø, Occupied focuses on political and environmental issues affecting Scandinavia. The series depicts a fictional near future in which Russia, with support from the European Union, occupies Norway to restore its oil and gas production, in response to a Europe-wide energy crisis caused by the coming to power of Norway's Green Party, which stopped the country's oil and gas production.

„Vilnius is a great place for film and TV projects. Here, in the streets near by,  you can find different countries and cities and a professional team. Also, when the tax rebate increased to 30%, Lithuania became particularly attractive to filmmakers,“ film producer Gudny Hummelvoll said.

One of the main roles is played by the famous Lithuanian film actor Ingeborga Dapkūnaitė. Some 120 people are involved in this project, including 100 Lithuanians.

Principal photography in the streets of Vilnius began on 1 May 2019 and will last till 10 May.

Production information:
UAB „Ahil“
This email address is being protected from spambots. You need JavaScript enabled to view it.
+370 69932500