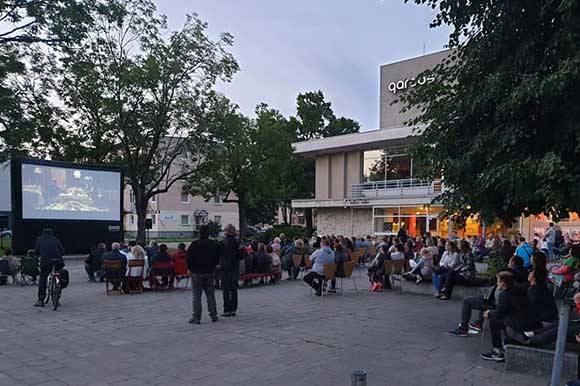 Cinema Under the Sky 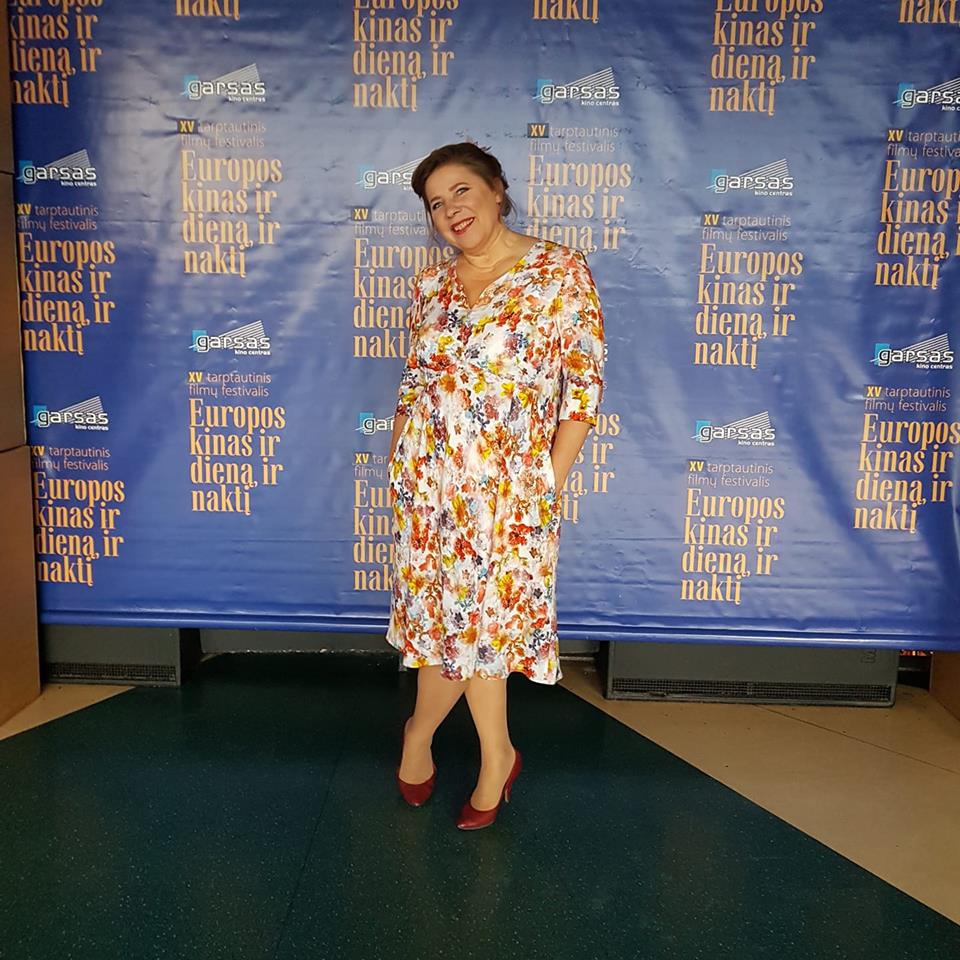 Cinema Centre Garsas (meaning The Sound) was founded in the town of Panevėžys in July 1928 and hosted the first screening in April 1930. The old building was replaced by a new one with 850 seats in 1968. Nowadays, Cinema Centre Garsas has two cinema halls with 665 and 78 seats, and Dolby Digital Surround Ex Sound system. It has been a member of the Europa Cinemas network since January 2009 and a member of the Confederation of Art Cinemas, CICAE since June 2012.

In 1993, Garsas became the first and the only stereo cinema hall in Lithuania and the Baltic states.

Genė Pučinskienė: After the old cinema building, where films were screened since 1928, was destroyed, a new cinema theatre Garsas with 745 seats was built in 1968 in the historical area of Panevėžys city, so in 2019 we celebrate 90 years of activity and 51 years of the existence of the building. Despite the social and economical upheavals, Kino centras Garsas managed to continue its activities and today it is the only functional cinema theatre in Lithuania of such type of architecture (socialist modernism) and technology.

The inhabitants of Panevėžys liked the new cinema theatre, some generations grew up remembering how they missed school lessons in order to see wide screen cinema and their first date at the cinema, and recently a young couple asked for permission to get married in the cinema. Garsas has become a special place for the community of Panevėžys, a place that combines the cultural identity and the memory of different generations about non-commercial cinema.

But recently Kino centras Garsas faced its biggest challenge in my 27 years of work experience at it. The founder made the decision to build a modern art museum-gallery instead of the cinema theatre, and to provide it with a cinema hall with 80 seats. The decision was made in 2018, but we still do not know what will happen with us. There is no decision if the cinema theatre will remain as a separate entity and if it will continue its activities, and if yes – then where?

The people who don‘t want a modern museum-gallery instead of Kino centras Garsas have launched the campaign „Save the Garsas“ and expressed their concerns in various ways. They launched a petition demanding funding for the overhaul and modernisation of Kino centras Garsas, for maintaining its primary function as a cinema theatre and for its inclusion in the Register of Cultural Heritage as a cultural monument. The petition was signed by over 4,000 citizens.

Given the situation, the staff of Kino centras Garsas decided to express their love for cinema and the cinema theatre by focusing on the job, because we often felt like a ball in a game in the confrontation of the community.

Genė Pučinskienė: We prioritise European films. Today we have 72 percent European screenings per year. We have come to this by patiently and consistently growing our audience. We started with the strengthening of the national film programme, because we thought that through recognisable filmmakers and understandable themes and problems we could easily get to the Hollywood film fans.

During each premiere of a Lithuanian film there were meetings and discussions with filmmakers, so today we have an educated audience that is interested not only in Lithuanian cinema, but also in European non-commercial cinema. 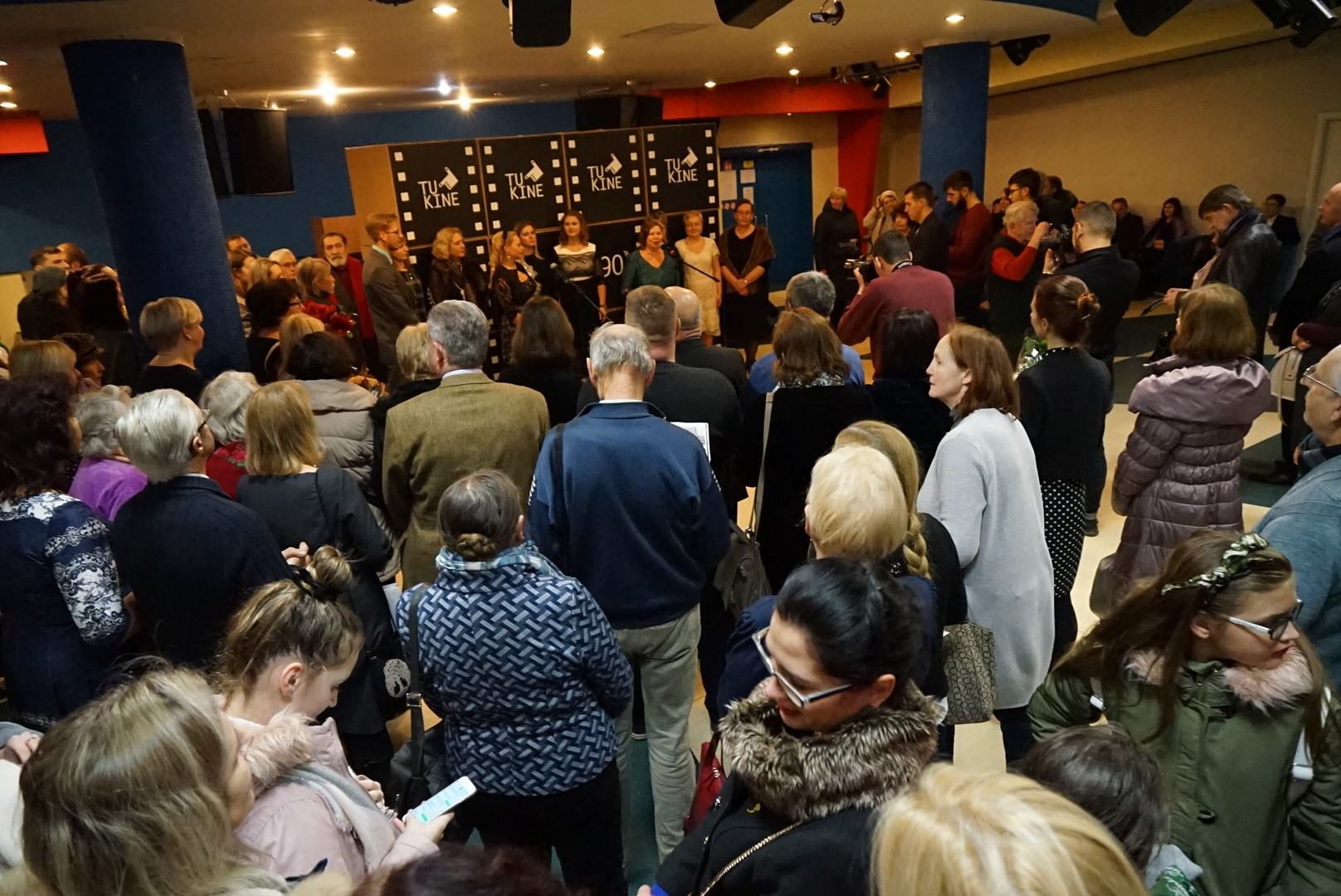 For our repertoire we select films as gemstones with high artistic value, that provoke and raise issues relevant to the audience. We have a film gourmet club called „Veidrodžio ložė“  for these films, and after each screening, we discuss the film over a cup of tea.

Genė Pučinskienė: Since 2004 Kino centras Garsas has had a unique film festival called European Cinema Day and Night, which aims at being an event for the Panevėžys community, by introducing interesting, non-commercial films in order to provoke the viewer to debate intellectual cinema. The programme is going on in two cinema halls till 2 a.m. and six films are screened.

We organise more than 40 various cinema events during a year. More than 60 artists take part in these events. Cinema events activate the dissemination of cinematic art and develop the audience. Some spectators of these events still come to our cinema theatre after 10, 20 or more years, and that makes us very happy.

Genė Pučinskienė: The Europa Cinemas membership has a huge impact for the regional cinema theatres in developing European cinema. At first, it is a wonderful opportunity to use the database and to exchange good experience. The annual evaluation of our work and the financial support are also very important. It is an oportunity for us to see that we are on the right track. We also have the oportunity to send our staff to international training, conferences, seminars and festivals, to purchase European films and to distribute them. 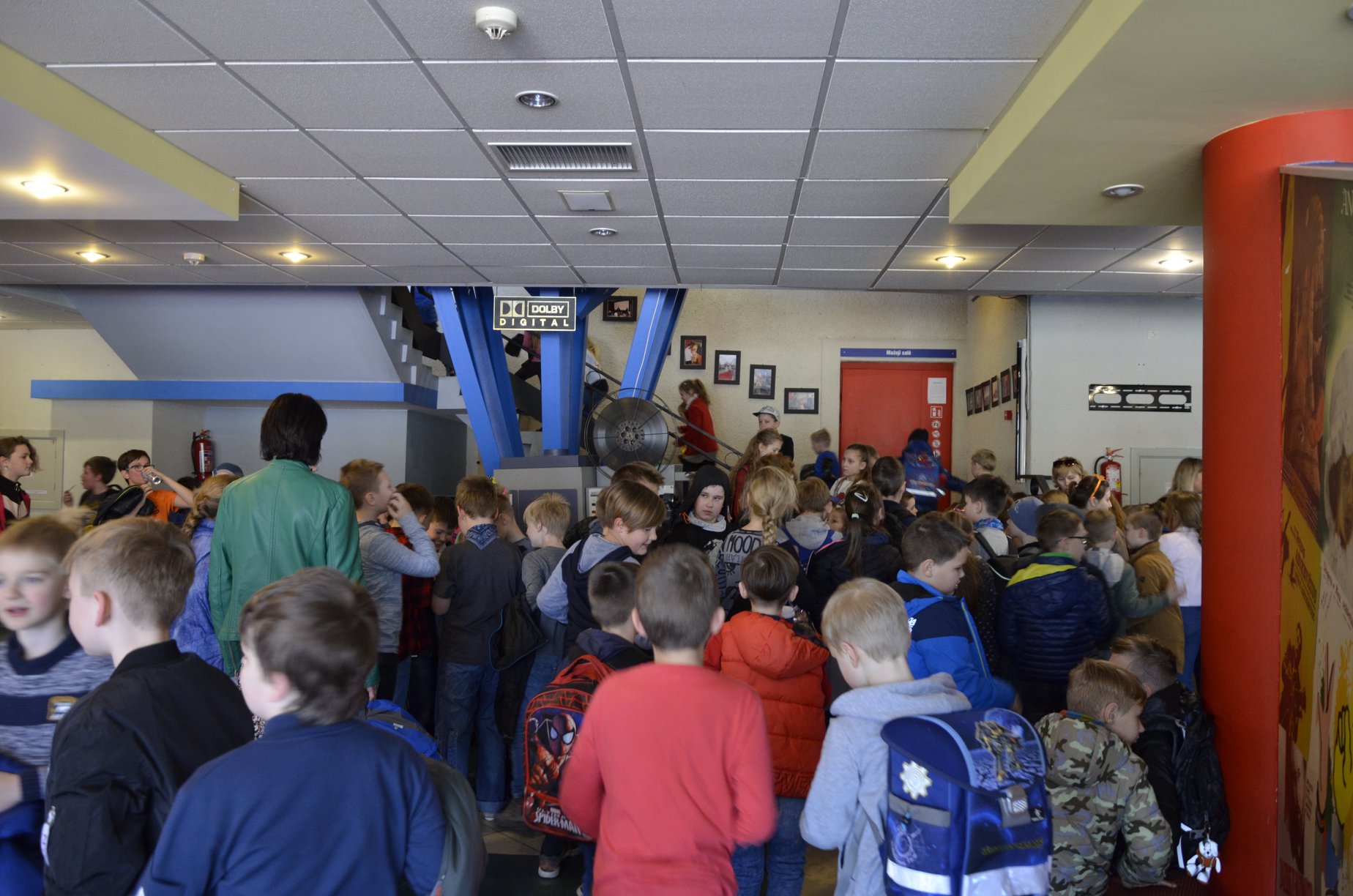 Without the financial support from Europa Cinemas, we would hardly have been able to develop educational programmes this way and to participate in the MEDIA sub-programme. Our membership in the Europa Cinemas network is a very important argument for the future of the cinema. We are thankful for that support.

Genė Pučinskienė: Our cinema theatre is located in the centre of Panevėžys and it is one of the biggest cinema halls in Lithuania with wonderful acoustics and amphitheater. The cinema is open for the community 365 days per year, 15 hours a day. There are always free cinema exhibitions to see. We constantly organise surveys and we pay attention to people‘s opinion. We have close connections with children and young people, and  we organise workshops for them, where we encourage them to create films and festivals for younger audiences.

Various youth organisations have invited us as partners to their projects and events. We have 30 such events per year. We have connections with private people for personal film screenings, while enterprises screen art films for their various celebrations. The cinema also tries to maintain the social integrity of the community by organising themed free screenings during various public holidays. National cinema screenings under the sky are held every summer Friday night. The cinema under the sky is loved by the communities in the surrounding area, who invite us to screen films in their towns and villages. Our screenings often become a part of their local celebrations.

Genė Pučinskienė: One of our priorities is the education of younger audiences. We have prepared educational programmes for pupils of 1-12 grades: „Cinema lesson", "Cinema history", "Smart creation", that are accredited by the Ministry of Culture and Education of the Republic of Lithuania. These programmes are included in the student‘s cultural passport, which means that they can choose to come to our educational programmes for free. The programme is supported by the Ministry of Culture and Education.

In order to develop critical thinking and creativity of children and young people, we offer film screenings of literary works, history, foreign languages, ecology, ethics and social reality, followed by discussions, and we provide teachers with methodological material on how to work with the films. We organise free educational film screenings for teachers once a month. 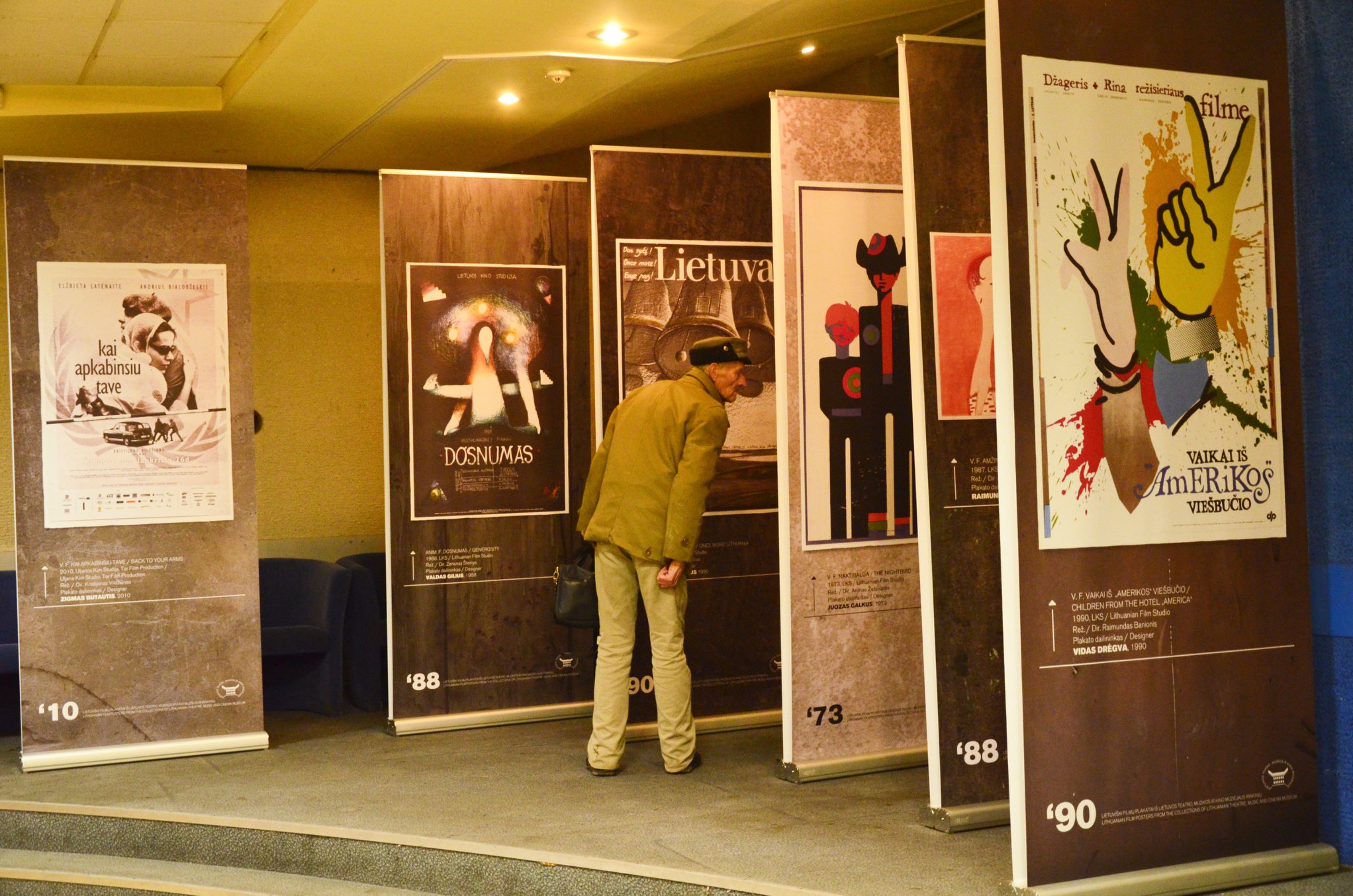 Since 2005 we organise yearly a film workshop called "Grammar of the Cinema Language", where students find out about the cinema "from the inside" and learn how to make animated or short films. We also organise the youth film festival "I + CITY = CINEMA", which has become an integral part of Panevėžys city birthday celebration. The festival has grown rapidly outside of its own city, and today it is attended even by filmmakers from neighbouring countries.

We already have some film professionals returning to Garsas to do workshops with young people. We buy educational films and we distribute them in Lithuania, and we also prepare methodical materials for pupils and teachers. We conduct our educational activities within 50 and sometimes 100 kilometers ouside our cinema. 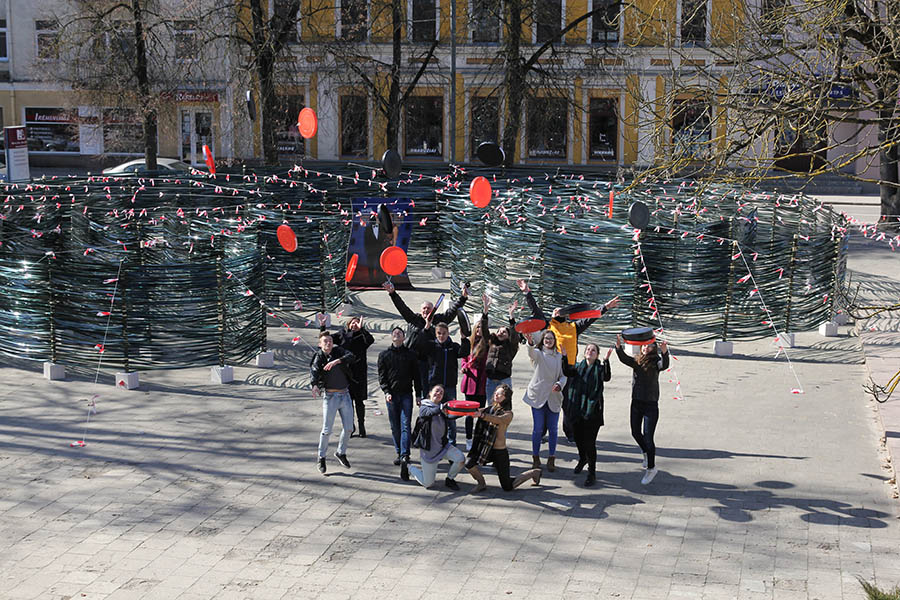 FNE: What about the digitalisation of cinemas? How is it affecting your work and your cinema?

Genė Pučinskienė: Although we have a lot of feelings for the analogue cinema (we've kept the film projector for retrospectives), we have to admit that the digitalisation of our cinema at the end of 2013 was like a revival. From 2014 to 2019, the audience has grown by 73 percent. The digitalisation has made it possible to release a film at the same time with the commercial film networks. In the past, because of the expensive prints, the distributors limited the copies they released. We only had films on the second screen, we had even created a "Film on the Second Screen" section with special prices. But now the work of a projectionist is much easier, with no need to carry 25 kg film strips from the 1st to the 3rd floor of the cinema. The digitalisation has made our job easier and the community has received a better service.