FESTIVALS: Lithuanian Other Side of Silence Competes at Riga IFF Featured 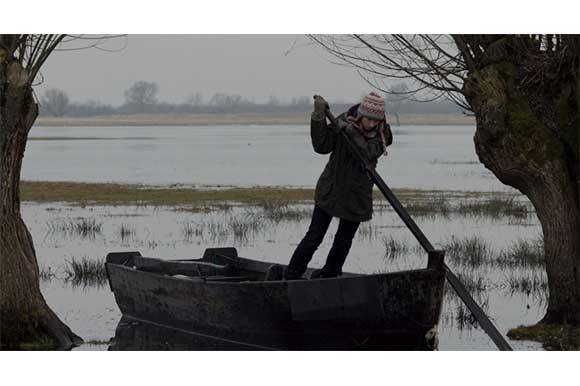 Other Side of Silence by Algimantas Puipa

VILNIUS: One of the most famous Lithuanian film directors, Algimantas Puipa will show his new drama Other Side of Silence / Kita tylos pusė in the Baltic Sea Region competition at the Riga IFF, which runs 17 – 27 October 2019.

The film, inspired by the book Bumblebee Honey / Hummelhonung by Swedish writer Torgny Lindgren, is a brief but intriguing story about two brothers – Kasparas and Einaras. Their homesteads are located in the same village, on the same lake, by the same forest, but their mutual hatred is so strong that they cannot die out of fear of losing to each other. Both brothers, when still young, loved the same woman, Mina, who loved them back. She was the wife of one brother and the mistress of the other. Her son, Lars, was born of that love. When Lars was killed, both brothers were blamed for his death. This tragic event further deepened the rift between the two brothers and took away their beloved Mina

The film was shot in Lithuania between November 2017 and April 2018 with a budget of 680,000 EUR. The international premiere took place at the Scandinavian International Film festival SCIFF, where the film won the Best International Feature Film and Best Actor awards.

The film was produced by Uljana Kim’s Vilnius based Studio Uljana Kim with funding from the Lithuanian Film Centre.

The lead roles are played by famous film and theater actor Juozas Budraitis, who has appeared in 67 films and television shows since 1966, and Viktorija Kuodytė and Povilas Stankus, known for another film of Algimantas Puipa, Garden of Eden / Edeno Sodas (2015).

Studio Uljana Kim
This email address is being protected from spambots. You need JavaScript enabled to view it.