God Exists, Her Name is Petrunija Sold in 15 Territories Featured 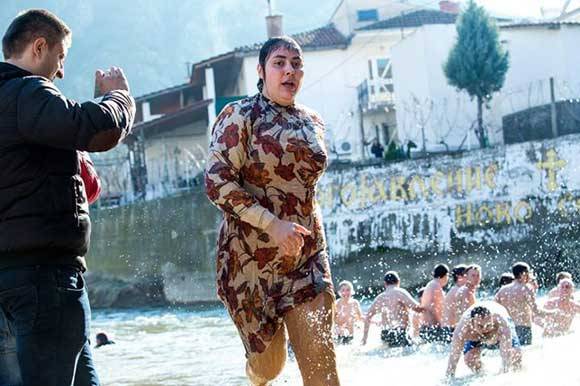 The film had its world premiere in the Competition programme of the 69th Berlin International Film Festival, where it won two of the independent juries' prizes, scooping best film awards from both the Ecumenical Jury and the German Film Guild Jury.

This simple, almost comical story shows the absurdities of the world we live in, focusing on a day in the life of Petrunija - a single, unemployed, 31-year-old woman, who decides to do the unthinkable and intervene in the world of men.

The Macedonian Film Agency, the Belgium Film and Tax Shelter, the Slovenian Film Center, the Croatian Audiovisual Centre and Eurimages supported the project.

Sisters and Brother Mitevski Production will release the film domestically on 15 March 2019.