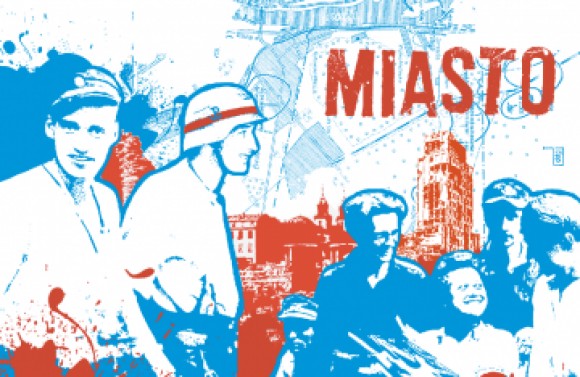 WARSAW: After eight years of preparation, Jan Komasa started shooting his Warsaw Uprising film City 44 on 11 May 2013 in Warsaw.

The shoot will last exactly 63 days, the exact number of days of the Warsaw Uprising. Komasa, who also directed Suicide Room (Kadr Film Studio) co-wrote the script with Maciej Pisuk (You Are God). The film is anchored on a love triangle in a cast that includes Kuba Wesołowski and Anna Próchniak accompanied by a cast of young amateur actors that Komasa chose through casting calls held across Poland over the past several months.

The film is produced by Akson Studio in co-production with Telewizja Polska and Orange. The planned budget is 25 million PLN (80 million EUR) with over 6 million PLN from the Polish Film Institute.

"Eight years ago I dreamt that a young director would make a movie about the Warsaw Uprising. I want to thank Agnieszka Oodorowicz in particular. It was her decision that made this film possible," Michał Kwieciński from Akson Studio told FNE.

The film is planned as a major production made in 3D with rich special effects and animated elements. The producer told FNE that the special effects will be created by Richard Bain, notable for his work in Inception and Les Miserables. Over 5,000 tons of rubble will be imported to Warsaw in order to recreate the pre-war buildings on the set. The costumes will include original vintage pieces brought to Poland from all over Europe.

The producer told FNE that the premiere of the picture is planned for 1 April 2014, marking the 70th anniversary the Uprising. The premiere will take place at the National Stadium in Warsaw, a first in Polish cinema history.