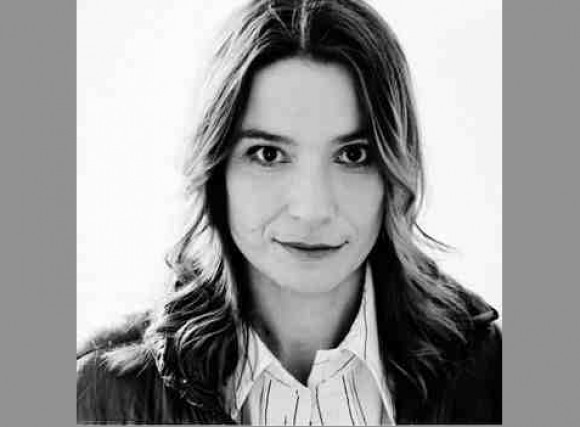 WARSAW: Active both in Poland and abroad, Polish producer Agnieszka Kurzydło already has more then a couple of  hits under her belt. She is always on the lookout for her new "dream project" while managing her own company Mental Disorder 4.

"I wasn't my decision, to become a film producer. I wanted to be an archaeologist," Kurzydło joked during an interview with FNE. "In all seriousness, I've been working in film for over 20 years. I was an assistant of different levels, a production manager, a second director and currently I've been producing my own films for the last couple of years, but I still find myself to be a beginner in this field. It was a natural move in my career development, encouraged by Małgośka Szumowska, an accomplished Polish director with whom I had the privilege to work on several occasions," she added.

Kurzydło has been active in the film industry since 1992 and worked on almost every stage of film production. She was the second director for several prominent Polish films such as 33 Scenes Of Life (Pandora Film) directed by Małgorzata Szumowska, Polish Oscar candidate All That I Love (Prasai Film) by Jacek Borcuch and Suicide Room (Studio Kadr) by Jan Komasa.  She managed Zentropa Internatational, where she gained valuable international co-production experience by working on major titles such as the Antichrist directed by Lars von Trier, The Woman who dreamt of a Man by Per Fly and Szumowska's international production Elles  starring Juliette Binoche with Slot Machine (www.slotmachine.fr/) as a delegate producer, Zentropa International Poland and Zentropa International Koln (www.zentropa.dk)

When asked about the specifics of her local film industry in contrast with foreign markets, Kurzydło responded, "I think each market has its own specification. It is clear that the conditions of a film producer's work in Poland are different than the ones in France, Germany or Scandinavia. For sure there are differences between these conditions in commercial production and author cinema -- the genre I'm active in -- but I wouldn't go as far as to judge where they are better. We do have advantages in Poland: a very active Polish Film Institute that enables the debuts of not only directors, but also producers. This is an institution that has rebuilt our system of financing and caused real development of Polish film after the fall of communism and the 90's crisis. Additionally, in the last couple of years the Film Commissions in particular cities have increased their activity. This causes decentralization within the industry, which is a very good trend. This whole system is still in the making, but a couple of these funds are really starting to note a lot of success. They are usually staffed with people who are really engaged in film projects and they try to help cinema productions even if their funds are not sufficient. I have the most personal experience with the Krakow Film Commission, which currently might be the most successful of the funds, mostly because of bold choices of investing in international co-productions made by its chief Rafał Orlicki."

In 2011 Kurzydło decided to venture out on her own and created the production company Mental Disorder 4. Her first full-fledged project as a producer was a Polish box office hit Baby Blues directed by Katarzyna Rosłaniec, the story about two young people struggling with the realities of teenage parenthood. The title's commercial and critical success brought new interesting projects. She followed with Szumowska's controversial drama In the Name of (Mental Diorder 4), tackling the issues of sexually and Catholic faith, awarded during the IFF in Berlin 2013 with a Teddy Award given out by the LGBT community. "More often than not, it wasn't me that chose the project; they somehow chose me. This was the case with In the Name of by Małgośka Szumowska. Baby Blues by Kasia Rosłasniec was created because a lot of people wanted for us to meet each other and it turned out that they were right to do so. We instantly liked each other, but first and foremost she had a really great script. I never make any rules or assumptions when it comes to the genre of topics of the projects I'm interested in," Kurzydło said.

Currently, the Polish producer is working on two simultaneous projects. Marcin Koszałka's debut feature Red Spider, a thriller inspired by the case of a Polish serial killer has just completed filming. The dark comedy Kebab & Horoscope by Grzegorz Jaroszuk, set in a carpet shop when two wise guys decide to drop in with a visit, began filming on 30 April and will continue into June." Both projects received financing from the Polish Film Institute.

When asked about advice for future film producers, Kurzydło responded, “Think ten times: do you really want to start? Because film production is a machine that cannot be stopped without human casualties. It's like a steam roller that will go over everything, including the driver and the person who made it move if you hesitate for only 10 minutes. Compared to this steam roller, bungee jumping is really child's play, not an act of courage."