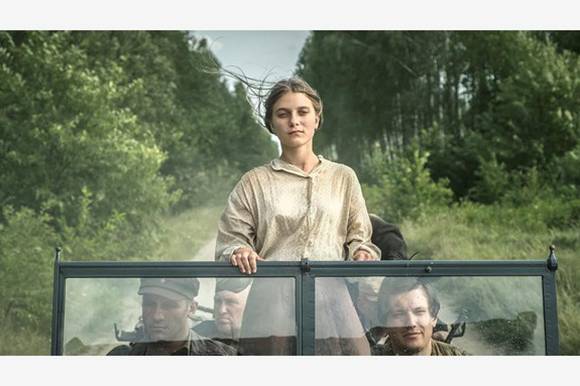 My Name Is Sara by Steven Oritt photo: Robert Palka

WARSAW: My Name Is Sara, a Polish/American coproduction directed by Steven Oritt, wrapped shooting in the Podlasie region and is set to premiere by the end of 2018.

The script written by David Himmelstein follows Sara Guralnick, a teenage Jewish girl whose entire family is killed by the Nazis. After a grueling escape, she finds refuge in a small village, where she is taken in by a Ukrainian couple and gets entangled in their marital conflict. The main characters are played by Zuzanna Surowy, Eryk Lubos, Michalina Olszańska and Paweł Królikowski.

The film is a Polish/American coproduction between Watchout Studio, which stood behind the Polish box office hits Gods by Łukasz Palkowski and Art of Love by Maria Sadowska, and Sara's Story from the U.S. Steven Oritt is also producing together with Justyna Pawlak from Watchout Studio. The budget has not been revealed.

Film Commission Poland informed FNE that the production crew included 200 people and all of the 45 shooting days days took place in the Podlasie region - Tykocin, Czerlonka, Puchły and Białystok among others -  from August 2017 to January 2018.

Marian Prokop, most recognised for his work on Warsaw 44 directed by Jan Komasa (Akson Studio) and Letters to Santa directed by Mitja Okorn (TVN), is lensing. The entire postproduction will take place in Poland.

Watchout Studio
www.watchoutstudio.pl
This email address is being protected from spambots. You need JavaScript enabled to view it.