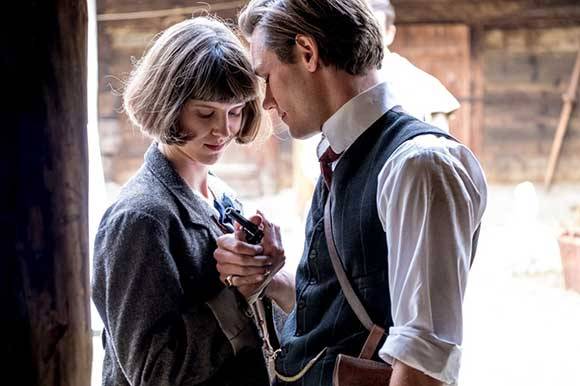 The Legions by Dariusz Gajewski

GDYNIA: Dariusz Gajewski’s epic period drama The Legions will screen in the main competition of the 44th Gdynia Film Festival, running from 16 to 21 September 2019. The film will be released domestically by Kino Świat on 20 September 2019.

The Legions follows a love triangle set against the background of the heroic deeds of the Polish Legions set up by Józef Piłsudski, spanning from 1914 to 1916 and starting with the march from Oleandry up to the Battle of Kościuchnówka.
“I was fascinated by these young people, who sacrificed their lives because of their faith in a country that was not on the map. The youth is fascinating with its unwavering faith in love, friendship and the certainty that everything is possible. That it's enough to want something and this is what this film is about", director Dariusz Gajewski told FNE.

The Legions was produced by Maciej Pawlicki through Picaresque in coproduction with WFDiF and FINA, with a budget of 6.3 m EUR / 27 m PLN. The film received financial support from the Polish Ministry of Culture and National Heritage. The initiator of the project was Adam Borowski, who is also a coproducer of the film.

Producer:
Picaresque (Poland)
This email address is being protected from spambots. You need JavaScript enabled to view it.