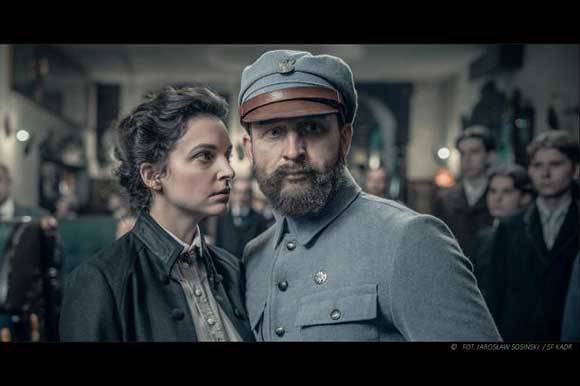 GDYNIA: Michał Rosa will showcase his biopic Piłsudski in the main competition of the 44th Gdynia Film Festival, running from 16 to 21 September 2019. The film will open in Polish cinemas on 13 September 2019, distributed by Next Film.

Piłsudski follows an episode in the life of young Józef Piłsudski, as he becomes the leader of the underground independence movement once again. He’s unyielding on the battlefield, but in his private life he surrenders to passion, torn between the two women of his life - his wife and his lover.

While the conservative members of the Polish Socialist Party see him as a terrorist, Piłsudski and his closest collaborators will refrain from nothing, be it attacks on tsarist officials and highest-ranking officers, smuggling bombs or a daring train robbery, to achieve their goal - an independent Poland.

“I wanted to avoid the strongest political context, otherwise I would have to make a series. With today’s poor knowledge of Polish history in our society, many threads should be developed to show this ambiguity in the decisions made by Piłsudski, who, as we know, still raises extremely different emotions and is called a hero or a traitor”, director Michał Rosa told FNE.

The film was produced by Studio Filmowe KADR, with a budget of 3.5 m EUR / 14.9 m PLN, of which 1.4 m EUR / 6 m PLN came as support from the Polish Film Institute (PISF). The grant was assigned as one of the first executive decisions from the new PISF Director Radosław Śmigulski.

Producer:
Studio Filmowe KADR (Poland)
This email address is being protected from spambots. You need JavaScript enabled to view it.