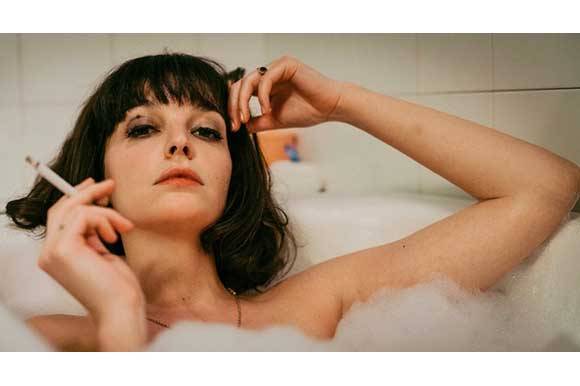 Bo we mnie jest seks follows the scandals, electrifying sex appeal and anecdotes from Jędrusik's rich life story. Maria Dębska was cast as the Polish cinema star. In the 1960s and the 1970s Kalina Jędrusik was a Polish sex symbol, famous for performing in the Elderly Gentlemen's Cabaret and acting in many Polish films, including Andrzej Wajda's The Promised Land.

The film is directed by Katarzyna Klimkiewicz, recognised for her feature debut, the UK drama Flying Blind starring Helen McCrory. The script was cowritten by Klimkiewicz and Patrycja Mnich. The film was shot from November 2019 to February 2020 in Warsaw with coproduction funding from the Mazovia Warsaw Film Commission

The film is produced by RE Studio in coproduction with TVP, NEXT FILM, Chimney Poland, Di Factory and Studio Spot with a planned budget of EUR 1.7 M / 7.5 m PLN, with EUR 408,600 / 1.75 m PLN of production financing from the Polish Film Institute..

Producer:
RE Studio
This email address is being protected from spambots. You need JavaScript enabled to view it.