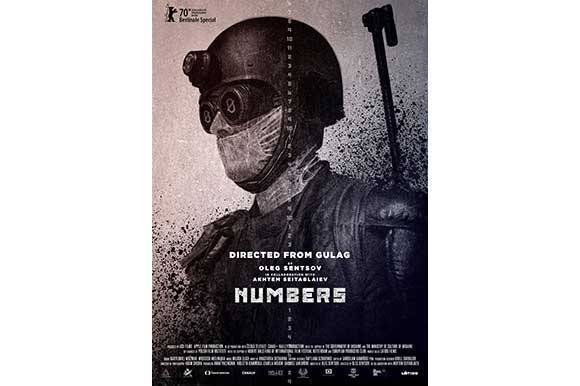 BERLIN: Numbers, a film that Oleg Sentsov directed from a gulag, will have its world premiere on 18 February 2020. The special screening will be a part of Berlinale's 70th anniversary celebration and the film will also screen in the Berlinale Special.

The film was produced by 435 Films (Ukraine) and Apple Film Production (Poland) in coproduction with the Czech TV, CANAL+, Halley Production (France), with the support of the Government and the Ministry of Culture of Ukraine. It was co-financed by the Polish Film Institute, the Hubert Bals Fund and the European Producers Club.

Latido Films is handling the sales.

The Polish premiere of Numbers, in the presence of Oleg Sentsov and the Polish filmmakers, is scheduled for 1 March 2020 at the European Solidarity Centre in Gdansk.