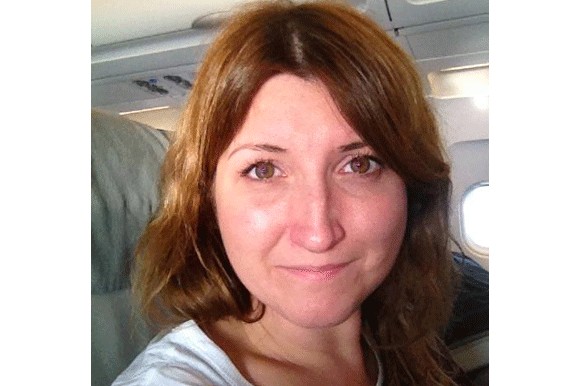 FNE together with Europa Distribution is launching a new chapter of the Distributor of the Month section. This time we focus on new strategies in film distribution and the importance of domestic film festivals in releasing new titles. We will also be looking at what distributors can do in order to prevent piracy.

This month we speak to Ileana Cecanu, the head of Freealize, a Romanian distribution company launched by Cecanu in 2013 and distributing films since November 2014. Freealize distributes independent European and domestic films, as well as productions from Latin and South America, but it also provides unconventional promotional solutions to producers, distributors and actors.

FNE: What are the innovative strategies that you choose to apply in film distribution?

Ileana Cecanu: Freealize concentrates on a close relationship with the audience, their preferences and their way of choosing how to spend their free time, and at the same time on a trustful relationship with cinema theatres.

We don’t think that there is just one distribution pattern that has to work for all titles; we believe that every product is unique and we want to find the best possible way to make it appealing for the audience. A film has to be marketed in an original way in order to stand out from among the rest of films offered by cinemas. That implies the poster and trailer of the film, the marketing and PR campaign, the way we make the audience a part of the film’s life and encourage them to talk about it, the platform we choose to communicate. Our innovation is based on the attention we pay to the audience and on the uniqueness we grant each title, depending on the target we are dealing with. Last but not least, we love unconventional projects, for example the portmanteau domestic film Black Heart Tales/Scurt/4: Istorii de inimă neagră by Radu Jude, Luiza Pârvu, Iulia Rugină and Andrei Creţulescu.

FNE: Are there any challenges implied by these innovations?

I.C.: The challenges are merely financial because sometimes the lack of sufficient funding prevents us from implementing all that we’ve planned. We have to work hard but this is a very rewarding job. Personally, I believe that we all want to get involved in something. I have tried to communicate that through all the campaigns that I’ve made.

The audience is what matters most. We work with the best materials and we plan our campaigns for the audience, that’s why we collaborate with specialized agencies and companies such as Antz and Good Hands.

I.C.: The most important event is of course the Transylvania Film Festival, with its Industry Days, three days for meeting professionals from the local and international industry, participating in case studies and workshops on hot topics. I believe that every professional should want to learn more and has to be in contact with what is happening around the world in their field.

I.C.: I wouldn’t say that these two are very tightly related, but the first reaction of the audience can be a good indicator of what might happen when the film hits the cinemas. Quite often films are screened with an extraordinary impact at festivals but when they are released the feedback is not so exciting because the cinema audience are looking for more commercial films.

I think that for a distributor the challenge is to find a film which might appeal to both types of audiences and to choose the best way to show it.

FNE: Does piracy affect your VOD/DVD releases and is there anything you can do in order to prevent it?

I.C.: Piracy is a global issue and is affecting not only the VOD and DVD releases but also the theatrical releases, which is more serious. In Romania the DVD market is precarious, so you need to find some original ways to present the product in order to make it appealing. VOD is still in its early stage in Romania.

We used Muso to launch campaigns for our releases, and for The Stag/The Bachelor Weekend the German distributor of the film, Drei-Freunde, and their lawyer specialized in piracy, helped us with finding and eliminating most of the links providing free online screenings of the film. Unfortunately, we were unable to eliminate them all.

FNE: Which film do you think might describe your work in the most accurate way and why?

I.C.: If I had to choose from the films that we have released so far, then I would surely say that John Butler’s The Stag/The Bachelor Weekend would describe in the best possible way how we choose to run the distribution.

Our work is about research, planning, strategy, involvement and exploring new territories, especially social media. But not only that, for example for The Stag/The Bachelor Weekend we organized rock concerts, we launched a cake with the name of the film, we displayed unconventional posters in cinemas and we convinced several personalities to get involved in the release.