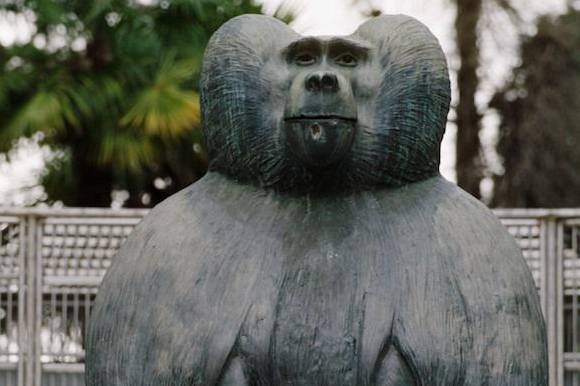 CLUJ-NAPOCA: Alexandru Solomon’s new documentary Tarzan’s Testicles will screen out of competition in the Romanian Days section of the 16th Transilvania International Film Festival (TIFF) from 8 to 10 June 2017. The festival will run this year from 2 to 11 June. The film is a Romanian/French coproduction.

Solomon moves from his usual Romanian topics to the Abkhazian Scientific Research Institute of Experimental Pathology and Therapy, established in 1927, a renowned primatology center during the Communist era. His aim is to investigate the relationship between humans and monkeys many years after the Soviet Union’s collapse, in a “country that tries to reinvent itself" (as Abkhazia is doing today) where “the thin line between humanity and animality has been crossed during a savage civil war”, as the director told FNE

Solomon also told FNE that he had planned a different story, but he found many similarities between contemporary Abkhazia and the Romania of 18 years ago. He made several trips to Abkhazia before he started shooting. Life at the institute, the current research of the doctors and their aspirations against the background of the country’s present turmoil are at the core of the filming.

Solomon began developing Tarzan's Testicles / Ouăle lui Tarzan through HiFilm Productions in 2012. Shooting was initially due to start in summer 2013, but it was delayed due to lack of funding from the Romanian side.

HiFilm Productions was the production company in coproduction with Seppia Film, with the support of the Romanian Film Centre, Eurimages, Creative Europe, Eurométropole de Strasbourg, Procirep-Angoa and with the participation of HBO Europe. Producers are Ada Solomon, Cedric Bonin and Pascaline Geoffroy.

Rights to the film have been pre-purchased by HBO. No sales agent is attached yet. microFILM will theatrically release the film on 6 October 2017. A TV release is also planned.

Tarzan’s Testicles has been selected for the documentary competition of the 52th Karlovy Vary IFF (30 June - 8 July 2017).

HiFilm
www.hifilm.ro
This email address is being protected from spambots. You need JavaScript enabled to view it.