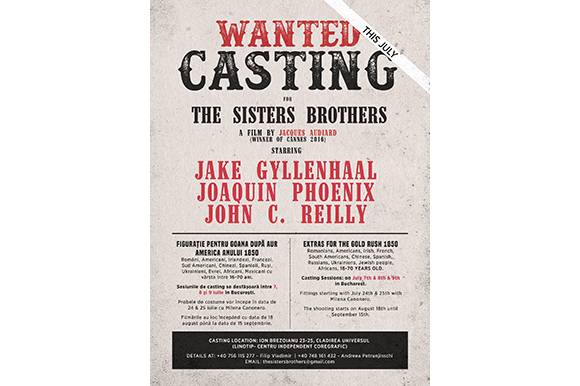 According to an announcement posted by Agenția de Casting, shooting would take place in Călugăreni, Buftea and at Castel Film Studios until 15 September 2017. The agency is looking for Romanian, Irish, British, American, Peruvian, Chilian, Mexican, French, African, Ukrainian, Russian people as extras. According to a press release issued in Romania on 29 June 2017, Christel Baras is the casting director.

The first English film by Audiard is based on Patrick deWitt’s novel of the same title and follows the gold prospector Hermann Kermit Warm, who's being pursued across the Oregon desert to San Francisco by the assassins Eli and Charlie Sisters.

The project was shot in Almería, Spain in May-June 2017, with Spain's Menakoz Films servicing. France’s Why Not Productions is producing and the U.S. Annapurna Pictures is coproducing.

Mobra Films
www.mobrafilms.ro
This email address is being protected from spambots. You need JavaScript enabled to view it.