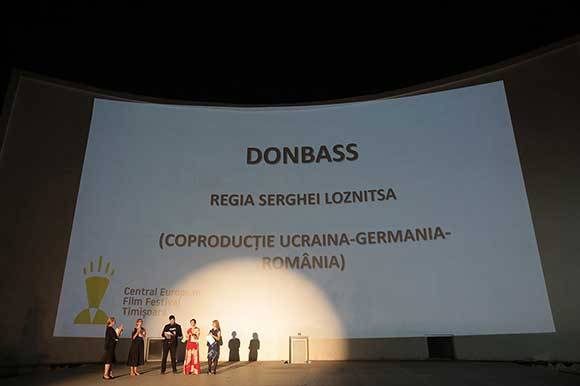 TIMIȘOARA: Romanian minority coproduction Donbass directed by Sergei Loznitsa was awarded the Grand Prix of the 9th edition of the Timișoara Central European Film Festival, running from 28 August to 1 September 2019.

The theme of the edition was rEvolutions as the festival celebrated 30 years since the fall of the Iron Curtain and since the Romanian Revolution.

The festival was organised by the EuroFest Association with the support of the Timișoara City Hall, the Romanian Film Centre, the Ministry of Culture and National Identity and the Romanian Filmmakers Union (UCIN).

The festival was initiated by the film director Radu Gabrea, who passed away in 2017, and is now headed by his wife, the actress Victoria Cociaș. The first six editions took place in the town of Mediaș until 2017, when the festival moved to Timișoara.

Best Actor: Viktor Zavadil for Jan Palach (Czech Republic, Slovakia)
Directed by Robert Sedláček
Produced by  Cineart TV Prague
Coproduced by the Czech Television, Arina, RTVS, Up&Up production
Supported by the Czech Film Fund, the Slovak Audiovisual Fund, the Ministry of Culture of the Slovak Republic, the Prague Film Fund, the Ministry of Defence, the City of Prague, the City of Pardubice