BELGRADE: Besa directed by Dušan Lazarević and produced by Adrenalin in 2018, is the first Serbian television series to get an adaptation tailored for foreign markets. Dubai-based production house MBC Studios and Lebanon’s Eagle Films will air a thriller crime TV show entitled Blood Oath in the first quarter of 2020.

“After a great success on the local market, Besa is the first Serbian show to be sold and adapted as a format. Adrenalin is currently preparing for a second season, which we believe will be even more successful”, said Tea Korolija, director of Adrenalin.

The remake is being adapted is being adapted to the Arabic-speaking population exceeding 400 million people. This first international version of Besa has been shot on locations in Lebanon, Greece and Cyprus. 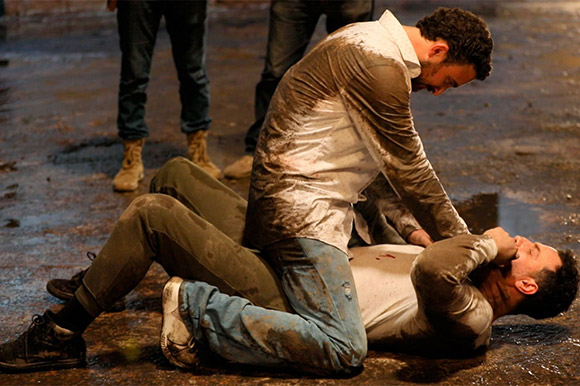 The original Serbian series was based on an original idea by Srđan Šaper and it was created by British screenwriter Tony Jordan, who teamed up with local writers Mladen Matičević and Igor Stoimenov. The principal cast included: Radivoje Bukvić, Arben Bajraktaraj, Miloš Timotijević, Lana Barić, Hana Selimović and Milica Gojković.

Initially, the series was aired on Superstar TV from December 2018 to March 2019, and later on TV Prva from October to December 2019.

The expert jury of the FEDIS festival in Belgrade, the only festival in South Eastern Europe focusing solely on TV shows, declared it Best Serbian TV Show in 2019.