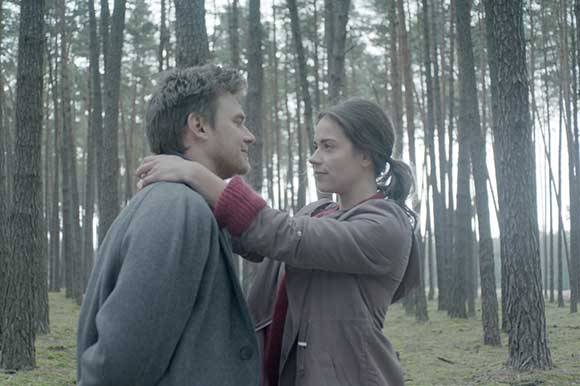 BRATISLAVA: Karel Janák´s thriller Intimate Enemy / Dôverný nepriateľ will screen at the 5th Slovak Film Week, the showcase of domestic production organised by the Slovak Film and Television Academy in Bratislava from 6 to 12 April 2019. This Slovak/Czech coproduction premiered at the 26th Art Film Fest Košice in June 2018.

Intimate Enemy tells a story about a young married couple. As a programmer, Andrej is developing a project of an intelligent home. To make his programme perfect, he moves with his wife from Bratislava to the Tatras into the model house. He is striving to implement a bonus into the software, which is the care of his wife. The revolutionary server gets out of control and suddenly turns against its creator.

„Intimate Enemy is a latent thriller. Its tension is hidden beneath the surface. It is precisely because in the story we are playing with a number of suspects, leaving the viewer to figure out everything by himself. But the surprising conclusion must not be missed,“ said Ľubomír Slivka who penned the script together with Karel Janák.

The film was produced by Attack Film in coproduction with Bohemia Motion Pictures, RTVS and the Czech Television. It was supported by the Slovak Audiovisual Fund and the Ministry of Culture of the Slovak Republic.

With 45,905 admissions and 261,479 EUR gross, the film was ranked second among the Slovak majority and minority coproductions released domestically in 2018.

Producer:
Attack Film (Slovakia)
This email address is being protected from spambots. You need JavaScript enabled to view it.