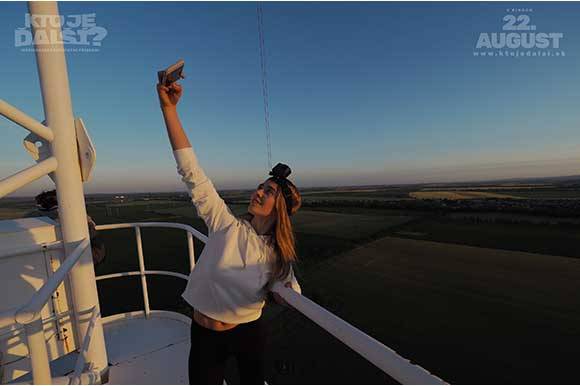 Who´s Next? by Miro Drobný

BRATISLAVA: The Slovak drama Who´s Next? / Kto je ďaľší, written, directed and produced by Miro Drobný, was shot in China, South Korea, Hong Kong, France, the Czech Republic and Slovakia. The film was released domestically on 22 August 2019 in 86 cinemas, which is the new Slovak record after Jurassic World: Fallen Kingdom (2018), that was released in Slovakia in 82 cinemas.

Who‘s Next? comprises three parts inspired by real-life stories from Slovakia, Russia and Canada. The internet altered the fates of the three main protagonists and brought them between life and death. Rapper Aless is a victim of cyberbullying, Oleg and Vadim are the world‘s best-known roof-toppers, who take risks so as to gain the best shot with the greatest number of likes, while the third story is about a victim of sexual blackmailing.

The film was shot in 29 days on different locations around the world from 2016 until the beginning of 2019.

Local distributor Bonton film released the film in Slovakia on 22 August 2019. In the first weekend the film was ranked fourth at the box office with 7,059 admissions and 40,148 EUR gross.

Who‘s Next? has been screened in 13 festivals worldwide so far and won best feature at the 2019 Travel Film IFF Moscow and Cinema Perpetuum Mobile ISFF in Minsk.

Producer:
Miro Drobný (Slovakia)
This email address is being protected from spambots. You need JavaScript enabled to view it.