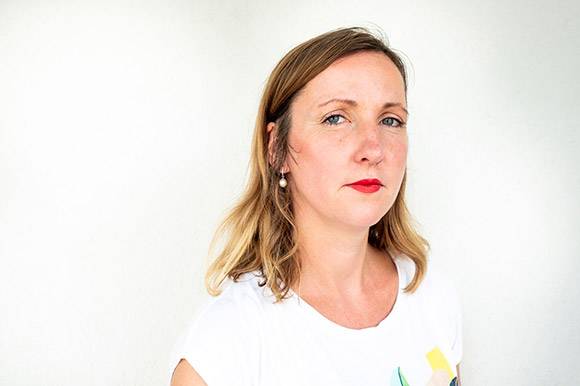 BRATISLAVA: FNE spoke with Zuzana Bieliková, head of the Slovak Film Commission, about foreign film productions coming to Slovakia and the increase in Slovak film incentives. Bieliková was appointed to her post when the Slovak Film Commission was launched on 1 June 2018. Slovakia introduced film incentives of 20 percent in 2015. The incentives are due to increase to 33 percent on 1 January 2020.

FNE: Which foreign productions were shot this year and which are shooting now?

Zuzana Bieliková: The TV series Dracula and Magic Mountains (directed by Urszula Antoniak) were shot in Slovakia this spring and several major projects are planned in the near future. Unfortunately, I can't publish the titles yet. I will be able to publish them after the registration. One should be registered before Christmas, and another one in January.

How much money are foreign films bringing in, and how much are they receiving in incentives?

Zuzana Bieliková: Since the beginning of the year, we have had 28 projects registered for incentives. For the whole year of 2018 we registered 26 applications. From this year‘s allocated amount, we paid 398,289 EUR for four realised projects, and by the end of the year we expect a drawdown of approximately one million EUR. Several projects, which were initially scheduled to receive incentives in 2019, were moved to the 2020 budget after updating their production schedules. To this, we added the newly registered projects and the total amount to support the audiovisual industry in 2020, which as we notified the Ministry of Culture is less than 7.5 million EUR (exactly 7,489,760 EUR ) at the current incentives rate of 20% of eligible expenditure.

How are the newly increased incentives helping the film industry?

Zuzana Bieliková: The support of the audiovisual industry in the Slovak Republic serves to motivate foreign filmmakers to decide to make foreign films in Slovakia. Competition not only in neighbouring countries is strong. In Poland and Hungary, the financial incentives are 30%, in Romania it is even as high as 35-45%. Increasing returns will increase the interest of foreign productions in filming in Slovakia, thus increasing the competitiveness of the audiovisual environment in Slovakia and enriching the domestic economy with foreign capital.

I think that this is the right time to increase support, as there is an increasing influence from streaming and audiovisual service providers such as Netflix, Amazon or Disney, who are increasingly moving their own films and series to Europe. These are large multinationals with billions of annual turnovers that produce their own audiovisual content with worldwide sales.

Increasing returns will bring economic effects in terms of return on public budget revenues, the development of the audiovisual industry, infrastructure, technological innovation, and professional background in Slovakia. On the other hand, the Slovak film industry has a lot to offer to foreign productions, not only interesting locations but also high-quality film professionals, who are linguistically equipped and would like to gain experience in shooting projects other than Slovak. Slovakia also disposes of quality and available shooting technologies (cameras, camera accessories, sound and lighting equipment, etc.), post-production companies, we have animation studios, sound studios, and also top-class hotels and accommodation facilities, catering companies, etc.

By increasing the support of the audiovisual industry, Slovakia has a chance to become known to both the professional and lay public, and the secondary effect will also be reflected in the tourism sector.