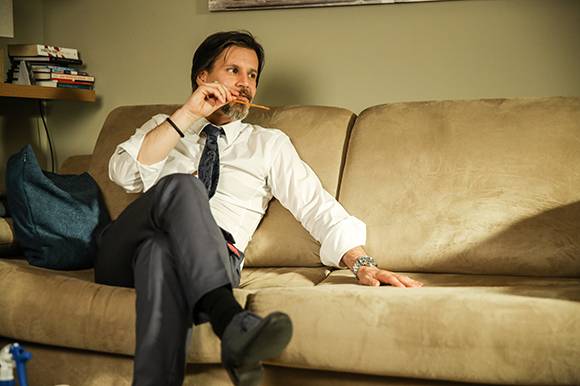 Slovenia, Australia and Tomorrow the World by Marko Nabersnik

PORTOROŽ: Marko Naberšnik’s fourth feature film Slovenia, Australia and Tomorrow the World / Slovenija, Avstralija in jutri ves svet will be screened in the competition of the 20th Slovenian Film Festival in Portorož (12-16 September 2017). Naberšnik gained his first success with the Slovenian box office national hit Rooster's Breakfast (2007, Arsmedia) and has been also active in television since 1999. 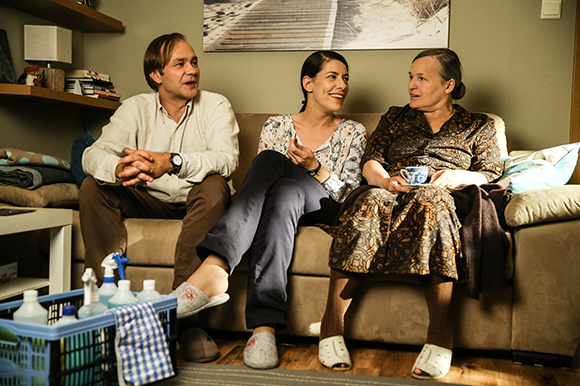 The film is a drama with comedy and love story elements. At the core of the story is an electrician, who works in a factory and tries to earn some extra money through network marketing. But choosing this path to provide a higher standard of living for himself and his family also comes with some risk. Jure Ivanušič, Minca Lorenci and Aljoša Ternovšek play the main characters.

“The film is a story about middle-age crisis. The main character wonders if his life has slipped through his fingers and if he can still turn his life into a success story”, Naberšnik told FNE.

The film was produced by Andrej Štritof and Aleš Pavlin through Perfo Production in coproduction with Radiotelevizija Slovenija and Macedonian KinoOko. The total budget is 980,927 EUR, Aleš Pavlin told FNE. The project is supported by the Slovenian Film Center (430,000 EUR), FS Viba and the Macedonian Film Agency..

The film was shot in Maribor, Ljubljana and Portorož in May-June 2016 and will be released in Slovenian cinemas by Fivia on 30 November 2017.

Perfo Production
www.perfo.si
This email address is being protected from spambots. You need JavaScript enabled to view it.

Kino Oko
www.kinooko.com.mk
This email address is being protected from spambots. You need JavaScript enabled to view it.