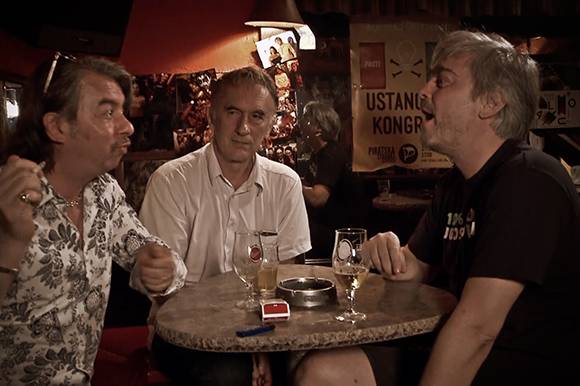 PORTOROŽ: Maja Pavlin’s documentary Charlatan Magnifique / Charlatan Magnifique will be screened in the competition of the 20th Slovenian Film Festival in Portorož (12-16 September 2017). The film tells the story of Magnifico, one of Slovenia’s most internationally renowned musicians, who has also appeared as an actor in a few films.

Robert Pešut aka Magnifico is an accomplished artist, known for his self-irony and humour. The movie draws out his colourful and successful career, which started in the late 80’s. It is a funny mix of great music, Balkan temperament and comic situations, including comments on Magnifico’s personal life and career by other performers (Rambo Amadeus) and filmmakers (Rajko Grlić, Damjan Kozole).

“The film is a portrait of a Slovenian musician of international stature, but most of all it’s a film about a man who feels, believes, trusts and dares… without boundaries. It is a film about principles and values that seem to be disappearing nowadays, a film about friendship, love and life which can be fun and beautiful despite or because of its ups and downs. It was a great pleasure for me to do this film and a real joy to cooperate with the Pešut family”, director and screenwriter Maja Pavlin told FNE.

The film was produced by Danijel Vrbec through RTV Slovenija with a budget of 20,000 EUR. It was shot in Ljubljana, Bela Krajina, Brioni, Belgrade, Sarajevo and some other locations in the summer of 2016. The film was already broadcast on the first programme of the Slovenian national television RTV Slovenija in November 2016.

Maja Pavlin has worked at RTV Slovenija as a journalist, screenwriter, director and editor of music shows and documentaries since 1999.