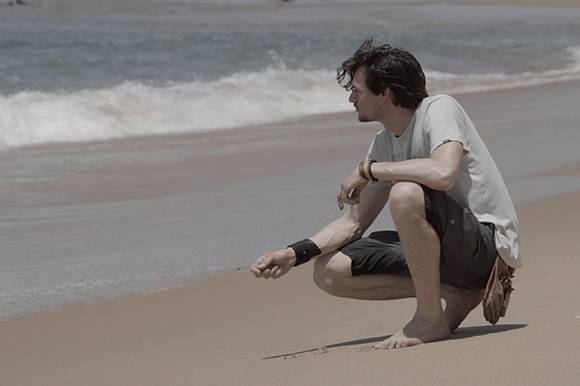 PORTOROŽ: Miha Čelar’s docudrama Codelli will be screened in the competition of the 20th Slovenian Film Festival in Portorož (12-16 September 2017). This poetic documentary tells a story about the life of Baron Antonio Codelli, an almost unknown Slovenian inventor, who also produced the first feature film made in Africa.

Codelli built a pioneer radiotelegraphy station in Togo in 1914 and established the first wireless connection between West Africa and Imperial Germany. In 1913 he made a partnership with German film pioneer Hans Schomburgk and became the producer of the first feature film ever shot in Africa, The White Goddess among Cannibals / Eine Weisse Unter Kannibalen, a story about a young girl who was found by a cannibal tribe and raised as a tribe goddess. She was eventually saved from the ‘savages’ by a white adventurer, who brought her back to Europe.

The title role is played by the renowned Slovenian film and theatre actor Primož Bezjak (Rooster’s Breakfast, directed by Marko Naberšnik and produced by Arsmedia, 2007).

Codelli was produced by Miha Čelar through Astral film, in coproduction with Mateja Erika Smisl through RTV Slovenija, Iztok H. Šuc through Kerozin and Sašo Kolarič through PS Mangart. The project is supported by the Slovenian Film Center with 47,000 EUR and FS Viba. “The total budget is 300,000 EUR”, producer Miha Čelar told FNE.

Astral film will release the film domestically in January/February 2018.

Astral film
This email address is being protected from spambots. You need JavaScript enabled to view it.

Kerozin
www.kerozin.si
This email address is being protected from spambots. You need JavaScript enabled to view it.

PS Mangart
www.mangart.net
This email address is being protected from spambots. You need JavaScript enabled to view it.