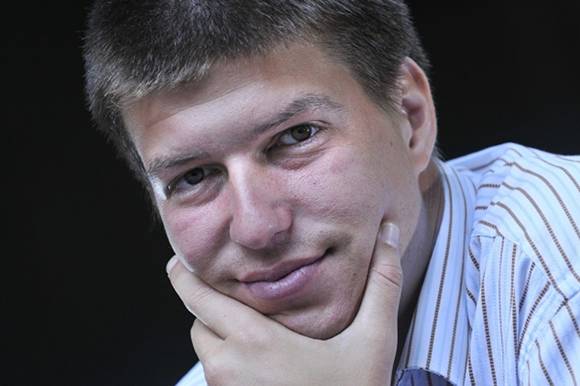 LJUBLJANA: Goran Vojnović is in preparation with drama Once Were Humans / Nekoč so bili ljudje about two guys who get involved in human trafficking. Vojnović is a renowned Slovenian screenwriter and director, who gained recognition with Chefurs Raus! (2013, Arsmedia). His new film is a Slovenian/Croatian/Bosnian/Italian/Czech coproduction.

Leo, an Italian who lives in Slovenia, and Vučko, a Bosnian who came to Slovenia as a child refugee, are trying to cope with a not so bright economic situation. When the bank refuses to give them a mortgage for a restaurant refurbishment, they are forced to accept an offer to steal a truck. They mistakenly steal the wrong truck, full of refugees, and in order to solve their own financial troubles, they decide to sell them.

Vojnović wrote the screenplay together with Tomasso Santi.

The film is produced by Boštjan Ikovic through Arsmedia in coproduction with Croatia’s Livada produkcija, Bosnia’s Burning peacock, Czech Evolution Films and Italia’s Apapaja. The project is supported by the Slovenian Film Center with 640,000 EUR, while the technical support is provided by Studio Viba Film in the amount of 198,640 EUR. “Arsmedia contributes 83,300 EUR and other domestic coproducers additional 81,200 EUR. Other foreign coproduction sources are estimated at 350,000 to 500,000 EUR and we are counting on some European funds such as Eurimages as well,” Ikovic told FNE.

The shooting, which will take place in Viba Film studios in Ljubljana and in north-west Slovenia (Jesenice, Kranjska Gora, Karavanke), is expected to wrap at the beginning of 2019. The cast has not been announced yet.

The film is expected to be finished in 2022.

Arsmedia d.o.o.
www.arsmedia.si
This email address is being protected from spambots. You need JavaScript enabled to view it.

Livada produkcija
www.livada-produckcija.com
This email address is being protected from spambots. You need JavaScript enabled to view it.

Burning Peacock
This email address is being protected from spambots. You need JavaScript enabled to view it.

Evolution Films
www.evolutionfilms.cz
This email address is being protected from spambots. You need JavaScript enabled to view it.