PRODUCTION: Slovenian Director Andrej Košak Preps All Against All Featured 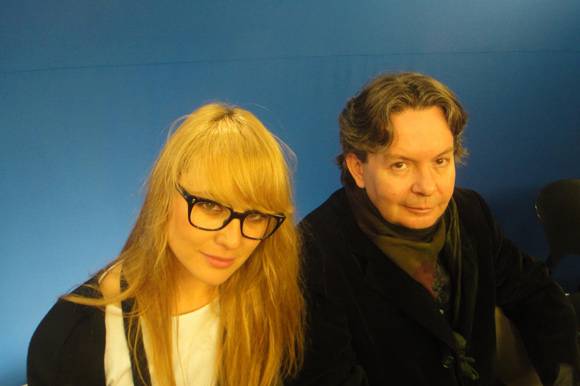 All Against All director Andrej Košak and actress Iva Krajnc photo: Blade Production

LJUBLJANA: Slovenian director Andrej Košak will start shooting his fourth feature film All Against All / Vsi proti vsem in September 2018. This Slovenian/Macedonian coproduction is a political thriller set in an imaginary small town under the Alps.

The corrupt mayor Franta is going to lose the upcoming elections. Following the advice of his mistress, he contacts a local criminal Fleischmann, who kidnaps Franta’s rival Jerovsek and sets up a scandal involving Jerovsek being photographed with young nude delinquents. But when Jerovsek commits suicide and a police investigation stars, everything falls apart.

“All Against All is a cinematic answer to the famous Slovenian drama Kralj na Betajnovi written by Ivan Cankar, a story which is still up to date nowadays”, says director Andrej Košak.

The budget is estimated at 885,000 EUR. "Approximately 88% of the budget is contributed by Blade Production, 10% by MIND Production and 2% by Daiga,” producer Zoran Dževerdanović told FNE.

The seven-weeks shoot will take place in Ljubljana and Kamnik. The premiere is not yet known.

Blade Production
www.bladeproduction.com
This email address is being protected from spambots. You need JavaScript enabled to view it.

MIND Production
This email address is being protected from spambots. You need JavaScript enabled to view it.

Igralsko društvo Daiga
www.daiga.net
This email address is being protected from spambots. You need JavaScript enabled to view it.