FNE at Festival of Slovenian Film in Portorož 2018: Erased Featured 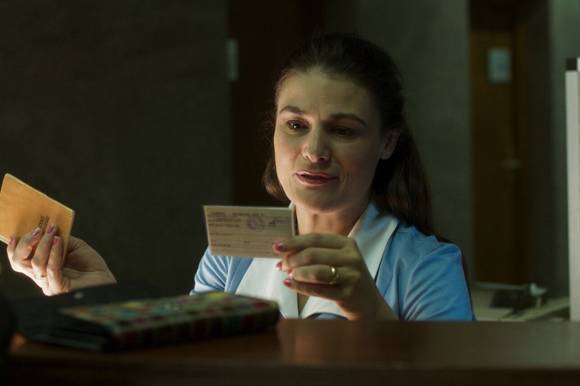 PORTOROŽ: Erased / Izbrisana will be screened in the competition of the 21st Festival of Slovenian Film in Portorož (10-15 September 2018). This gripping tale, which shows the anomalies of the Slovenian social system, is the first feature film from Slovenian award-winning writer Miha Mazzini.

Just after giving birth, Ana, a single mum, finds out she is not in the system, that neither she nor her newborn baby officially exist. Erased tells the story of what happened to Slovenians born on the wrong end of the disintegrated country, who in the 1990s had their ID cards hole punched. What happens if you are erased from the system? You may be deported or your neighbors might take over your home. You lose your job, your doctor, even your child…

Erased was produced by Frenk Celarc and Petra Vidmar through Gustav Film in coproduction with Ankica Jurić Tilić and Ira Cecić through Croatian Kinorama, Biljana Prvanović through Serbian Delirium, Diego Zanco through Pakt Media and with German Christoph Thoke as associated producer.

“Being part of it and again working with Frenk Celarc from Gustav Film was a privilege. And Erased touches an issue that is not only relevant for Slovenia, but also around the globe”, Christoph Thoke told FNE.The project was supported by the Slovenian Film Center with 368,000 EUR, the Croatian Audiovisual Center with 74,649 EUR, Film Center Serbia with 47,892 EUR, Eurimages with 130,000 EUR, the MEDIA Programme with 24,000 EUR and FS Viba with 67,005 EUR. The total budget is 927,648 EUR.

Shooting took place on different locations in Slovenia in 2016 and 2017. The film will be domestically released in February 2019. Pluto Film is handling the sales.

Miha Mazzini was born in 1961. He is an award-winning writer, computer expert, screenwriter, film director and screenwriting lecturer with an MA in Creative Writing for Film and Television, University of Sheffield, UK. He is a voting member of the European Film Academy..

Gustav Film
www.gustavfilm.si
This email address is being protected from spambots. You need JavaScript enabled to view it.

Kinorama
www.kinorama.hr
This email address is being protected from spambots. You need JavaScript enabled to view it.

Delirium Films
This email address is being protected from spambots. You need JavaScript enabled to view it.

Pakt Media
www.paktmedia.com
This email address is being protected from spambots. You need JavaScript enabled to view it.

Christoph Thoke
This email address is being protected from spambots. You need JavaScript enabled to view it.