FNE at Festival of Slovenian Film Portorož 2019: Sing Me a Song Featured 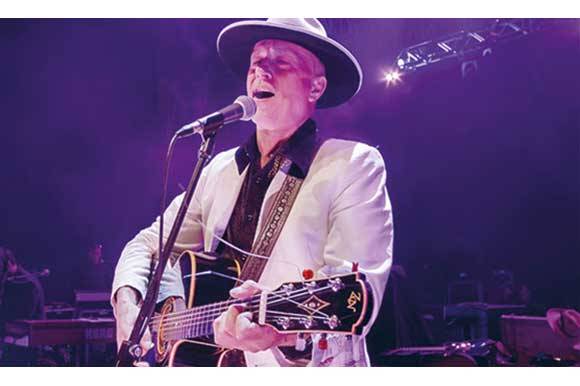 Sing Me a Song by Miran Zupanič

PORTOROŽ: Miran Zupanič’s long documentary Sing Me a Song / Poj mi pesem will be screened in the competition of the 22nd Festival of Slovenian Film in Portorož (17-22 September 2019). This Slovenian/Bosnian coproduction portrays the famous Slovenian musician Vlado Kreslin.

Sing Me a Song is an insight into some key phases of Vlado Kreslin’s growth towards his authentic artistic expression and also an outline of the cultural context in which he has been creating for over 40 years.

His songs have become folk tunes and he has become a cult person for his audiences by his genuine charisma and his suggestive music expression. The latter is based on interlacement of traditional Pannonia melodiousness, rock's rebelliousness and authentic poetic-musical expression.

The film was produced by Boštjan Ikovic through Arsmedia in coproduction with Blaž Jelnikar through MB Grip, Bojan Mastilović through Iridium film, Boštjan Kačičnik through Zvokarna, Jasmin Duraković through Bosnian DEPO and Vlado Kreslin himself through Založba Kreslin. The project was supported by the Slovenian Film Centre with 84,860 EUR, while Viba Film provided technical support in the amount of 31,296 EUR. The total budget is 206,957 EUR. “MB Grip contributes 8.26 % of the total budget, Založba Kreslin 9.66 %, Zvokarna 5.32%, Iridium 4.83 and Depo 7.25%,” producer Boštjan Ikovic told FNE.

The shooting took place in Slovenia from June 2017 to April 2018. The film was released in Slovenian cinemas in November 2018, right after its premiere at the 29th Ljubljana IFF.

Producer:
Arsmedia (Slovenia)
This email address is being protected from spambots. You need JavaScript enabled to view it.