Interview with Sehad Čekić, Head of Film Centre of Montenegro: My Vision Is to Develop a Modern, Dynamic Film Community Featured 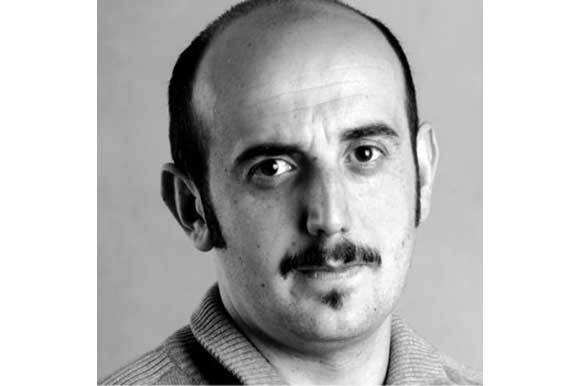 PODGORICA: FNE spoke with Sehad Čekić, the Head of Film Centre of Montenegro, about the many accomplishments that the Montenegrin cinema has had in less than two years and also about what lies ahead.

FNE: The Film Centre of Montenegro was established at the end of 2016.  What has the Centre achieved so far?

Sehad Čekić: There are numerous things that we have achieved, and among them I would emphasise: the establishing of the institution, the creation of the Film Fund, the first calls for the support of production, the introduction of the incentive cash rebate programme, the taking over of the Montenegrin MEDIA Desk management from the Ministry of Culture, the networking and promotion and membership in numerous networks and associations. We were very active during the procedure of the Eurimages membership, and we achieved it, in close collaboration with our Ministry of Culture.

Today, the Montenegrin cinema is present on various platforms and events, and everything has been done in less than two years! Above all, I think that the most important thing is the great team that we now have in the Centre, who can work on very challenging projects and activities. So, we can say this is a good start and the right way to create and to maintain conditions for the integration of the contemporary Montenegrin film into regional and international framework.

FNE: What are your long-term goals as Head of the Film Centre?

Sehad Čekić: My vision is to develop a modern, dynamic film community, which produces high quality films in collaboration with partners from various parts of Europe and the world. In doing so, we are organising many workshops and learning programmes, and we are present at networking events in order to achieve some of the standards and to obtain needed skills.

Collaboration and promotion are in our constant focus. As the head of the Film Centre, I hope that we are getting to the point in which the Film Centre of Montenegro is known as a reliable partner, with good overview of the up-to-date challenges and opportunities.

The increase of shooting days in Montenegro (whether domestic or international), the stable financing, the skillful film sector, Montenegrin films on the screens worldwide, the film culture, are some of the most important goals which are constantly in our mind.

FNE: What is your biggest challenge?

Sehad Čekić: There are many challenges, and the most important ones are global challenges, which are related to technology, that opens the door to some kind of uniformity and hegemony of one kind of films. There lies, also, a great opportunity, especially for small countries, such as Montenegro, that through an authentic approach it can build some special niche.

FNE: Where do you see the cinema of Montenegro in five years?

Sehad Čekić: We have a very ambitious picture of the Montenegrin cinema in the next few years. We see this period as an investment into the stable growth and evolution. There are so many needs and new ideas, and I hope that in close collaboration between the public authorities and the sector itself, we can achieve a sustainable and modern cinematography. Our goal is, also, to have Montenegrin films on as many European screens as possible. Recent successes and talents that we have are the greatest leverage.

FNE: How important is it for Montenegro to coproduce with neighboring countries?

Sehad Čekić: Having in mind the size of Montenegro, and some of its limits (demographics, market), and also the multiculturalism which is in the core of our identity, the coproductions are in the essence of our film production. The coproductions bring together cultures, but they also raise professional standards and they are of the greatest importance for us.

The very first call that Film Centre of Montenegro opened was for minority coproductions, and since then it is regular. Since Montenegro became a member of Eurimages the level of interest has grown additionally.