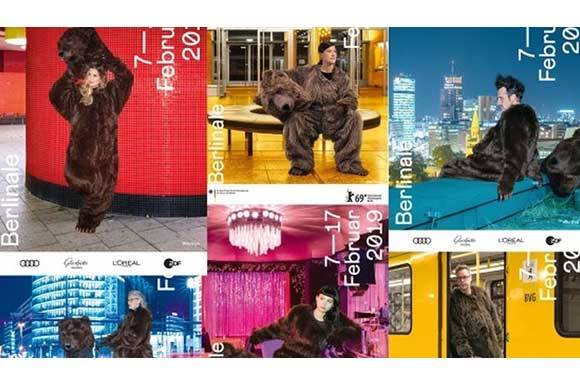 Meet us @ Gropius Bau, 1st floor (stand no.130) - contact: This email address is being protected from spambots. You need JavaScript enabled to view it.

Feature films God Exists, Her Name is Petrunija and Stiches, both Croatian minority coproductions, will have their world premieres at the 69th Berlinale which takes place from February 7th to 17th, 2019. Also, Vanja Kaluđerić, originally from Pula and now living in London, is a member of this year’s international short film competition jury.

Films selected into the main competition reflect current and future trends in filmmaking, while offering viewers a wealth of productions from around the globe. The selector of the main competition is the festival’s director Deiter Kosslick, and festival winners receive Golden and Silver Bears.

The film, which will have its world premiere at the Berlin International Film Festival, takes place in the town of Štip in eastern Macedonia where each January a local priest throws a wooden cross into the river, where then hundreds of men dive in to fish it out. The one who gets the cross is blessed with success and good fortune. This time though, a woman named Petrunija gets to the cross first. Her opponents are furious.

‘On set we had two actors, Ljiljana Bogojević and Mario Knezović, while the creative-technical part of the crew included tone engineer Hrvoje Petek, boomer Vilim Novosel, key grip Josip Mataušić, set employee Branko Cavrić, electrician Dario Laljek, art director Željka Burić, and casting director Marina Redžepović. We also offered technical support with lighting equipment from Lav Rasvjeta. Shooting went smoothly even though the conditions were quite challenging considering the extremely low temperatures. I hope that the film will have its Croatian premiere at the Pula Film Festival, after which we would screen it at other local festivals and in cinemas at the end of the year,’ Zdenka Gold, the Croatian co-producer, added.

Angela Schanelec’s film I Was at Home, but will also have its world premiere in the main competition in Berlin. The film, a German-Serbian co-production (Nachmittagfilm and Dart Film & Video), was partially shot in Istria, in the town of Slum, and at Učka National Park. The Croatian team includes: executive producer Tibor Keser, tone recorder Hrvoje Radnić, and production assistant Jan Herenčić, while production services were provided by Paradoks (Zagreb). The film was supported by the Istrian Film Commission and Municipality of Lanišće. The film is about a 13 year-old boy who disappears for a week. After returning, the boy doesn’t know, or doesn’t want to say, where he was and what he was looking for. His mother and teachers assume that his flight was prompted by his father’s death, but the boy’s behaviour doesn’t exactly support that theory…

It was also announced that Pula’s Vanja Kaluđerčić, currently living in London, will be a short film competition jury member. Kaluđerčić is a film manager and selector at numerous festivals, and is currently the acquisitions director at the film streaming service and distributor MUBI. 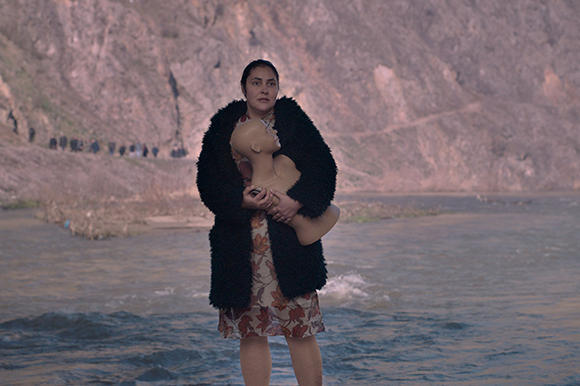 Traditional diving to celebrate Epiphany is a man’s business. But this time it is Petrunya who retrieves the holy cross from the icy waters. Come what may, she defends her triumph. A satire about a society full of stereotypes and fatal opportunism.

The Berlinale’s Panorama programme features new films by established directors, as well as debut films and discoveries, while the heart of the programme features films with a strong authorial vision. Films screening in this programme compete for eight prestigious awards, of which the Panorama Audience Award is one of the most significant – it is voted upon by more than 20 000 Berlinale visitors.

Stitches explores the theme of disappearing newborns from hospitals in Belgrade who were pronounced dead but were actually, according to hundreds of accounts, sold for adoption. The film’s script is inspired by one mother’s testimonial who believes her child was kidnapped. After years spent with local authorities and in courts trying to prove her suspicions, she believes that she finally, after searching and fighting for two decades, finally found her missing son – a 20 year-old man living with his new family near Belgrade.

The script is written by Elma Tataragić, and the cinematographer is Damjan Radovanović – known for his work in Vuk Ršumović’s film No One’s Child. The editor is Milena Z. Petrović, and music is by Aleksandra Kovač. The Croatian co-producer is Zdenka Gold (Spiritus Movens), while other members of the Croatian crew include art director Ana Buljan, Zoran Vujić, actress Ksenija Marinković, production assistant Branka Rušnov, and many others. The film is produced by Uliks Fehmiu and Milena Trobozić Garfield (West End Production) from Serbia, and received financial support from Eurimages. Stitches will have its world premiere in Berlin.

Ana believes that she and other Serbian women have had their newborn babies stolen from them to be given up for illegal adoption for money. She sets out on a quest. Based on a true scandal which remains unsolved to this day.

Accompanying the festival is the European Film Market, EFM. The Croatian Audiovisual Centre will have its own booth in the Martin-Gropius-Bau Museum, where festival selectors, distributors and other film professionals will be able to receive information on contemporary Croatian cinematography. Furthermore, New Croatian Features & Shorts, a publication listing recent Croatian works of all types and genres, was published for promotional purposes.

The EFM will also organize market film screenings of Diary of Diana B. by Dana Budisavljević, My Grandpa Is an Alien by Marina Andrea Škop and Dražen Žarković and F20 by Arsen Anton Ostojić. The screenings are geared toward distributors, selectors, buyers and other film professionals.

The Diary of Diana B. | Dnevnik Diane Budisavljević

In Croatia during World war II, a well-off Austrian houswife Diana Budisavljevic sets out on a risky mission to help the women and children trapped in the horrors of Croatian concentration camps.

Martina, a young woman who works for her father as a pizza delivery girl, meets Filip, a young man who spends most of his time playing videogames and ordering pizza. She convinces him to help her steal her father’s money and go together to the party beach Zrce. However, their innocent summer adventure soon turns into a violent nightmare.

Nine-year-old Una's life is turned upside down when her grandpa is abducted by aliens. She discovers that her grandpa is also an alien, whose spaceship crashed on the planet a long time ago, and where his pilot, a small grumpy robot, still remains. Una and the robot have less than 24 hours to find and save her grandfather.

Croatia introduced Film Production Incentive in 2012. It is available to international and local filmmakers in the form of a rebate on qualifying Croatian spend. As of July 2018. cash rebate has been raised to 25%, with additional 5% for productions filming in regions with below average development.

Star Wars, the greatest modern film mythology, set its casino city of Canto Bight in the old city of Dubrovnik, while the new iteration of Robin Hood used the city’s authentic medieval look to recreate the ancient walls of the Nottingham Castle. Natural beauties of the island of Vis served as a location for the film Mamma Mia! Here We Go Again, while waste and stunning locations of the island of Pag played Arctic landscape in AMC’s suspenseful thriller series The Terror, executive produced by Ridley Scott. Numerous locations throughout Croatia hosted the new BBC One series McMafia.

All these and many more projects choose Croatia not only for the stunning locations and the rebate scheme, but also for its exceptional local crews and production companies with impressive records in domestic and international production.

For more information check out filmingincroatia.hr or contact This email address is being protected from spambots. You need JavaScript enabled to view it. 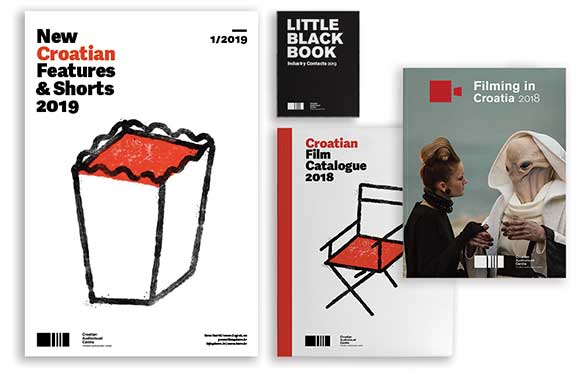 New issues of our publications can be collected at our booth, and are also available for download: