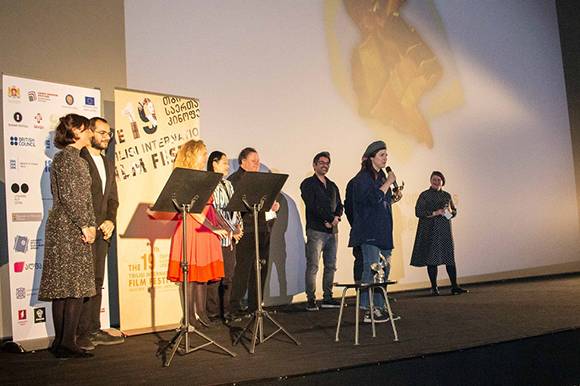 TBILISI: Crystal Swan, a coproduction between Belarus, USA, Germany and Russia directed by Darya Zhuk, was awarded the Golden Prometheus at the 19th Tbilisi Film Festival, running from 3 to 9 December 2018. The Silver Prometheus for best director went to Polish director Piotr Domalewski for Silent Night.

Ten debut features vied in the main competition of the festival. Another 16 titles screened in the European Forum programme, while the other sections of the festival were Horizons, Made in Germany, Country in Focus – Italy, Baltic States – 100, Apollo – Ingmar Bergman 100, Literature & Film, Director in Focus – Sergei Loznitsa.

As Film and Literature was the theme of the festival this year, Bakur Sulakauri Publishing, a partner of the festival, awarded 300 GEL vouchers to three selected films from Georgian Panorama:  feature film Parade by Nino Zhvania, short film Eraser by David Pirtskhalava and animated film The Invisible Hand of My Father by Giorgi Gago Gagoshidze.

Peter Greenaway was among the guests of the festival and he held a masterclass. The Happy Prince by Rupert Everett closed the festival.