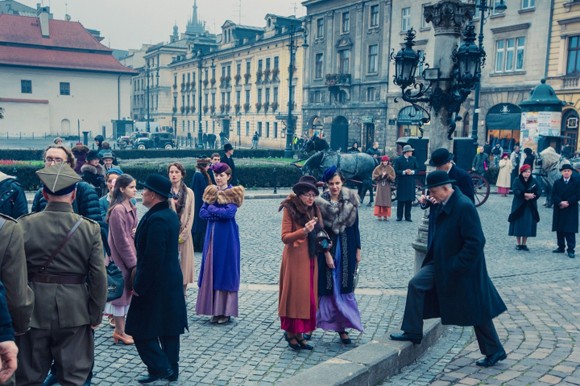 KRAKOW: Martha Coolidge is working on her epic Polish/American love story Music, War and Love. The crew has already completed principal photography in Łódź and is currently working in Krakow.

Music, War and Love is a multi-plot war love story that takes place in the 1930's in the vibrant, artistic city of Łódź and wraps up 20 years later in New York. It follows the lives of a singer and a violin player who were separated by the war and given another chance to reconnect.

Music, War and Love is directed by Martha Coolidge, director of The Prince and Me, and the Sex and the City, The Twilight Zone and Weeds TV series, and the first female president of the Directors Guild of America (DGA).

The film is produced by Polish-Canadian businessman Zbigniew John Raczyński and Polish-American screenwriter, writer and translator Bożenna Intrator (who is also the author of the script) and producer Fred Roos.

The production includes 56 shooting days in Poland. The shoot launched in Łodź in October 2016 and will finish on 23 December in Krakow. Afterwards the crew will move on to Berlin, London and New York City.

The premiere of the picture is planned for 2016.