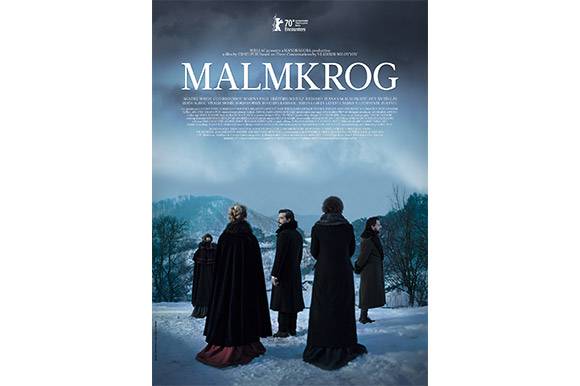 The inaugural section Encounters aims at supporting new voices in the cinema and giving more room to diverse narrative and documentary forms in the official programme. A jury composed of three members will choose the winners of Best Film, Best Director and a Special Jury Award.

Based on Three Conversations by Russian philosopher Vladimir Solovyov, Malmkrog is a period piece set in 1900 with an international cast: Frédéric Schulz-Richard, Agathe Bosch, Diana Sakalauskaité, Marina Palii, Ugo Broussot and István Téglás. The film is a coproduction between Romania, Serbia, Switzerland, Sweden, Bosnia and Herzegovina, and Macedonia.

The new film by the Czech director Ivan Ostrochovský, Servants / Služobníci is based on a screenplay written by Rebecca Lenckiewicz (Ida) and Marek Leščák, and follows two boys who join a Catholic seminary in Communist Slovakia. The film is a coproduction between Slovakia, Romania, the Czech Republic and Ireland.

Kill It and Leave This Town / Zabij to i wyjedz z tego miasta by Polish director Mariusz Wilczyński will also have its world premiere in the Encounters competition section. It is a debut feature and an animated film, whose voices are provided, among others, by Krystyna Janda, Andrzej Chyra, Maja Ostaszewska and Małgorzata Kożuchowska. The film is an autobiographical impression, reminiscence of images from childhood, in which the memory of the deceased parents and the home city of the director, Łódź, is brought to life.