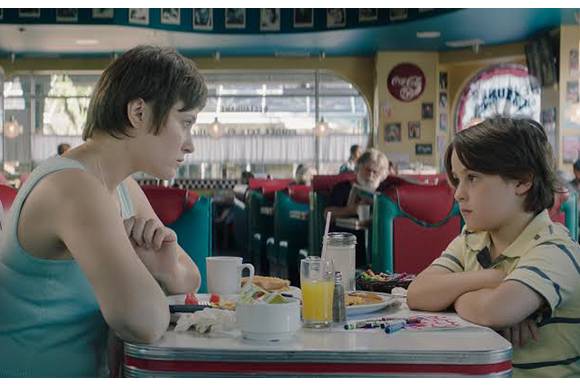 BUCHAREST: Ioana Uricaru’s debut feature Lemonade is currently in postproduction with the premiere set for autumn 2018. The film is a Romanian/Canadian/German/Swedish coproduction produced by Cristian Mungiu through Romania’s Mobra films. Lemonade is the first Romanian film made with Canadian support since 1989.

The script written by Ioana Uricaru and Tatiana Ionașcu follows Mara, a 30-year-old single mother from Romania, who while working in the US on a temporary visa as a caretaker, marries Daniel, an American. After the arrival of her son Dragoș, everything seems to have fallen into place. When the process of getting a green card veers unexpectedly off course, Mara is faced with abuses of power on every level and forced to answer a dark question: how far would she go to get what she wants?

The film was developed during the Cinéfondation Residency of the Cannes Film Festival and at the Sundance Directors’ lab programme.

Shooting took place in Montreal and Bucharest in June-August 2017. The sound postproduction takes place in Germany and visual effects are being done in Sweden.

The film is set to be finished in spring 2018. Berlin-based Pluto Film is handling the sales. Mongrel International will release the film in Canada and the U.S., and Voodoo Films will release it in Romania.

Ioana Uricaru, who lives in the U.S., co-directed the omnibus Tales From the Golden Age (Mobra Films), selected for Cannes’ Un Certain Regard in 2009 and distributed commercially in over 30 countries, including the US.

Mobra films
www.mobrafilms.ro
This email address is being protected from spambots. You need JavaScript enabled to view it.