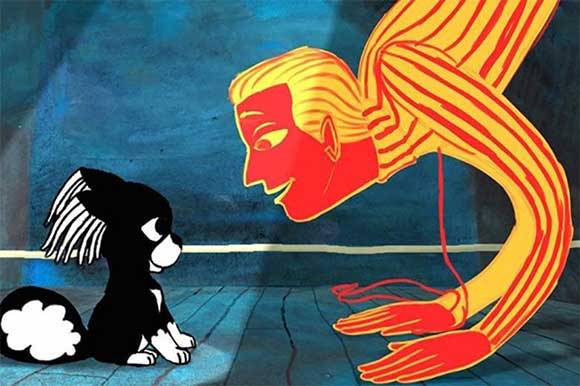 BUCHAREST: Romanian writer/director Anca Damian will show her French language animated film Marona’s Fantastic Tale at the Cannes Film Festival Market, followed by its screening in the competition of Annecy International Animation Film Festival (10-15 June 2019). Damian is also developing the English language animated film The Island, which will be a Romanian/Belgian coproduction.

Based on an idea by Damian and written by her son, actor/filmmaker Anghel Damian, Marona’s Fantastic Tale is the story of a lovable small dog that moves from one master to another, taking the audience on a thrilling and miraculous road trip through life.

The film is a Romanian/French/Belgian coproduction produced by Damian through Aparte Film in coproduction with Ron Dyens through Sacrebleu Productions and Tomas Leyers through Minds Meet.

The film will have its Romanian premiere in November 2019 and Cinema Film Public will release it in France in December 2019. Charades is handling the international sales.

Damian was nominated for European Director of the Year at the Cartoon Tributes 2019 Awards for Marona’s Fantastic Tale.

The Island, which will mix 2D and 3D animation, will be an 85 minute upside-down Robinson Crusoe story and a contemporary fable set on an island in the Mediterranean Sea. The film will be an animated musical with the music composed by Ada Milea and Alexander Balanescu, who made the music for the acclaimed musical The Island, based on Gellu Naum’s stage play under the same title. Damian and Augusto Zanovello wrote the script.

Damian is producing through Aparte Film in coproduction with Belgium’s Take Five. The project is supported by Creative Europe Programme – MEDIA and the Romanian Film Centre.

“I have a good reputation in Europe, but with each project I have to find the perfect way of convincing the financing commissions to imagine projects that are totally atypical and original”, Damian told FNE, when asked about how easy it is for her to get funding for her animated projects after winning several awards in the last years.

Producer:
Aparte Film (Romania)
This email address is being protected from spambots. You need JavaScript enabled to view it.

Producer:
Aparte Film (Romania)
This email address is being protected from spambots. You need JavaScript enabled to view it.