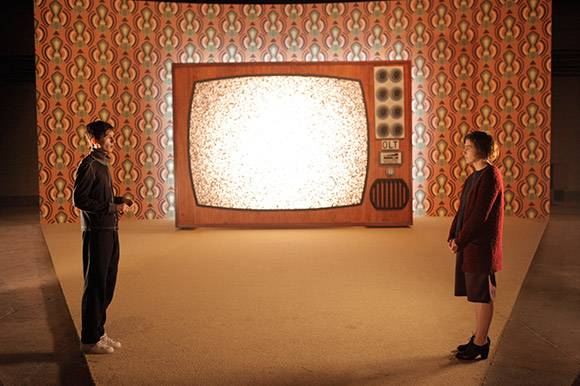 BUCHAREST: Uppercase Print / Tipografic majuscul, one of the two films by Radu Jude selected for 2020 Berlinale’s Forum section, has been picked up by the Belgian sales company Best Friend Forever. The film will be released in Romania by Hi Film Productions on 21 February 2020, right before its screenings at the Berlinale.

Uppercase Print is an experimental film mixing reconstructions of two files made by the Securitate (Secret Police) on Mugur Călinescu, a teenager of 16 who wrote anti-communist messages on the walls of his hometown of Botoșani in 1981, with excerpts from TV shows and programmes of that year, taken from the archives of the Romanian Television.

The reconstructions are based on the documentary theatre play of the same title staged in 2013 by Gianina Cărbunariu, with whom Jude co-wrote the script.

After the arrest and the investigation, that led to the files made by the Securitate, Mugur Călinescu was released and „re-integrated” (as the Securitate used to say), only to die of leukemia in 1985. Speculations connect his illness and death to the presumed poisonous coffees he was served each time he was taken to the Securitate. 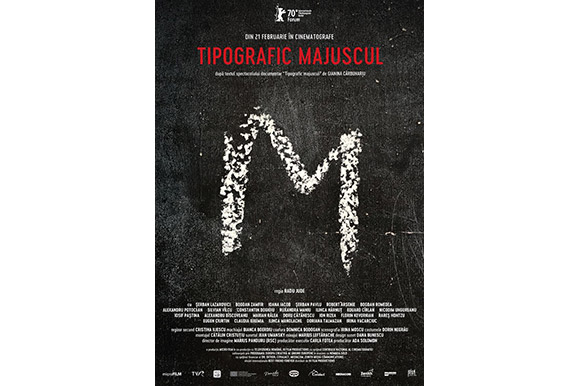 Uppercase Print is produced by Ada Solomon through microFILM in coproduction with the Romanian Television (TVR), Hi Film Productions and in association with nomada.solo. It was supported by the Romanian Film Centre and the MEDIA Programme .

In the documentary The Exit of the Trains / Ieşirea trenurilor din gară, which will have its world premiere at the Berlinale, Jude continues his investigation of the role played by Romania during the Holocaust. He focuses on the pogrom perpetrated by the Romanians in the northern city of Iași in 1941, and he co-directs together with the historian Adrian Cioflâncă.

The film is produced by microFILM together with nomada.solo, and will be released in Romania in the autumn of 2020.